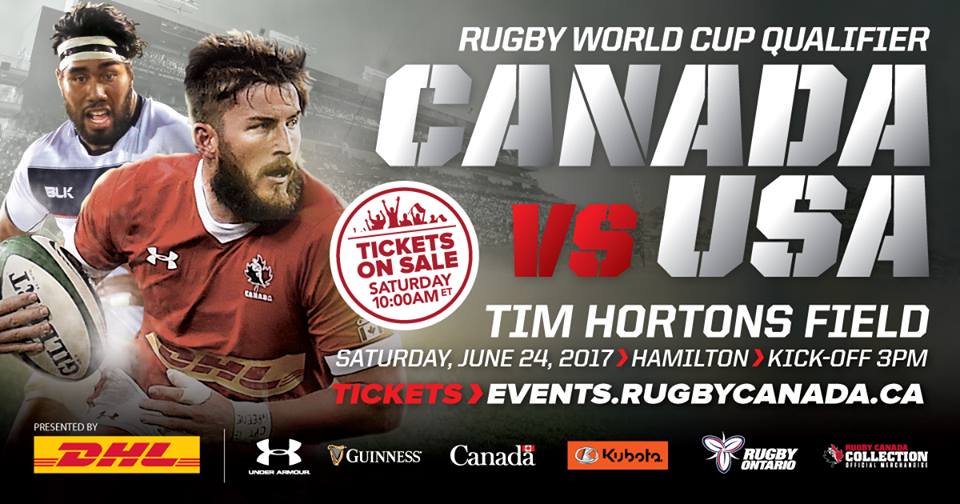 With files from Rugby Canada Communications

(HAMILTON, ON) - The road to the 2019 Rugby World Cup starts Saturday, June 24, as Canada take on USA in the first leg of their qualifying series.

This historic match, presented by DHL, will take place in Hamilton, ON at Tim Hortons Field, the home of the Canadian Football League’s Hamilton Tiger-Cats, and will mark the first time Canada’s senior men’s team has played an international in Hamilton.

“It’s tremendously exciting for us to be in Hamilton for the first time for our crucial Rugby World Cup qualifier against USA,” Rugby Canada CEO Allen Vansen said. “The two-game series promises to be extremely exciting and we’re delighted to have the Hamilton and Canadian crowd behind us in the critical first leg.”

“The Tiger-Cats are both honored and excited to partner with Rugby Canada to bring a match of this magnitude to Tim Hortons Field and the City of Hamilton,” said Matt Afinec the Tiger-Cats Executive Vice President, Business Operations. “In addition to being the permanent home of the Tiger-Cats, Tim Hortons Field is one of Canada’s premier outdoor entertainment facilities and prides itself on delivering a best-in-class live viewing experience. We look forward to welcoming rugby fans from throughout the region and across the country to our amazing city and venue to create a real home field advantage for Canada.”

After playing tests against Georgia and Romania in Calgary and Edmonton respectively the prior two weeks, Canada returns to Ontario for the first leg of their Rugby World Cup 2019 qualifier. The second leg will take place on July 1 in San Diego with the aggregate score winner from both games advancing to the 2019 tournament in Japan.

Canada is 38-17-1 all-time against USA but the Eagles have won the past five matchups. Canada has not beaten the Americans since August 2013 when it won both legs of their Rugby World Cup 2015 qualifier.

Since the tournament’s inception in 1987, Canada has never missed a Rugby World Cup. Canada achieved its best result in 1991 when they reached the quarterfinals before being eliminated by New Zealand. USA, who has played in seven of the previous eight tournaments, has never advanced out of the pool stages.

Tickets for this historic match will go on sale Saturday, April 8, 10 a.m. ET.

Visit events.rugbycanada.ca for more information and to get your tickets today! 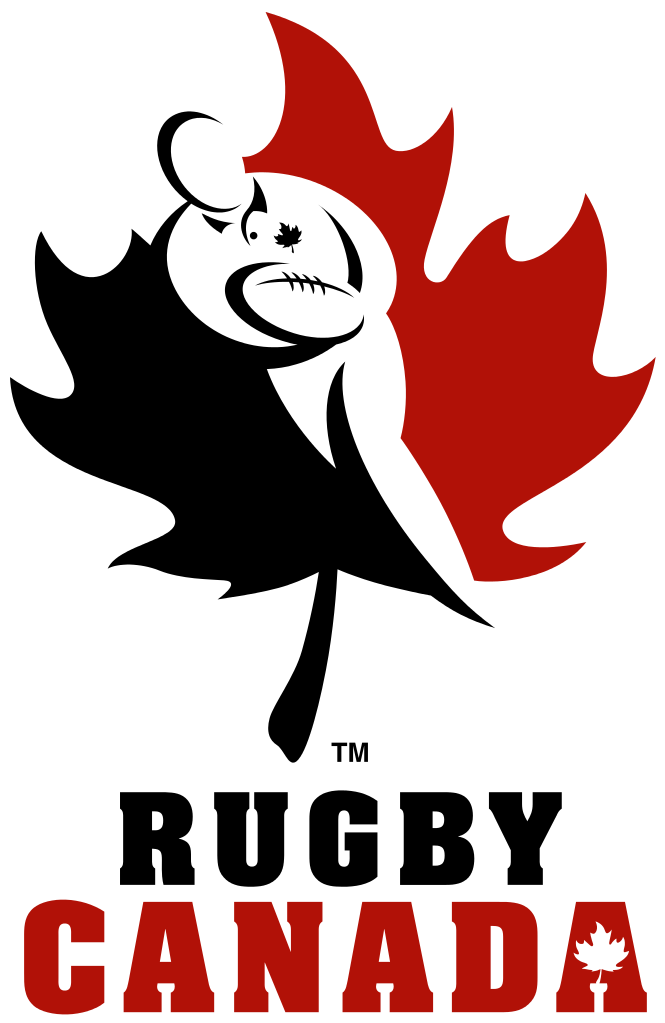 Rugby Canada is the national governing body of the sport of rugby union in Canada. Rugby Union has a long history in Canada dating back to its initial appearance in the 1860s. Since 1974, Rugby Canada has been a permanent fixture on the global rugby scene, including trips to each of the eight Men's Rugby World Cups and seven Women’s Rugby World Cups. As a regular on the Men’s and Women’s HSBC World Rugby Sevens Series, Canada continues to climb the world rankings and challenge the dominant rugby nations in both versions of the game. Canada’s Women’s Rugby Sevens Team also made history in 2016, capturing the first-ever Bronze Medal at the Summer Olympic Games in Rio de Janeiro.

Rugby Canada has also put a renewed emphasis on developing its junior programs to support the growth of rugby at the grass-roots level and to ensure there are elite programs for prospering young rugby players to become involved. Our goal is to develop and train competitive teams for the 2017 Women’s Rugby World Cup in Ireland, the 2018 Sevens World Cup in San Francisco, the 2019 Men’s Rugby World Cup in Japan and 2020 Summer Olympic Games in Tokyo.

Tim Hortons Field is a 23,500-seat multipurpose stadium with over 1,000 club seats, 30 private suites and social viewing areas that facilitate out-of-seat viewing experiences in both the north and south end zones. The facility opened its’ doors on Labour Day 2014 and since then has welcomed hundreds of thousands of fans and hosted a multitude of sport, entertainment and community events. This includes 27-straight sold out Tiger-Cats home games, 2015 Pan American Games (Football/Soccer), concerts, a Canada Women’s National Team soccer game, the CFL Eastern Final, the Vanier Cup and hundreds of youth soccer and minor football games.