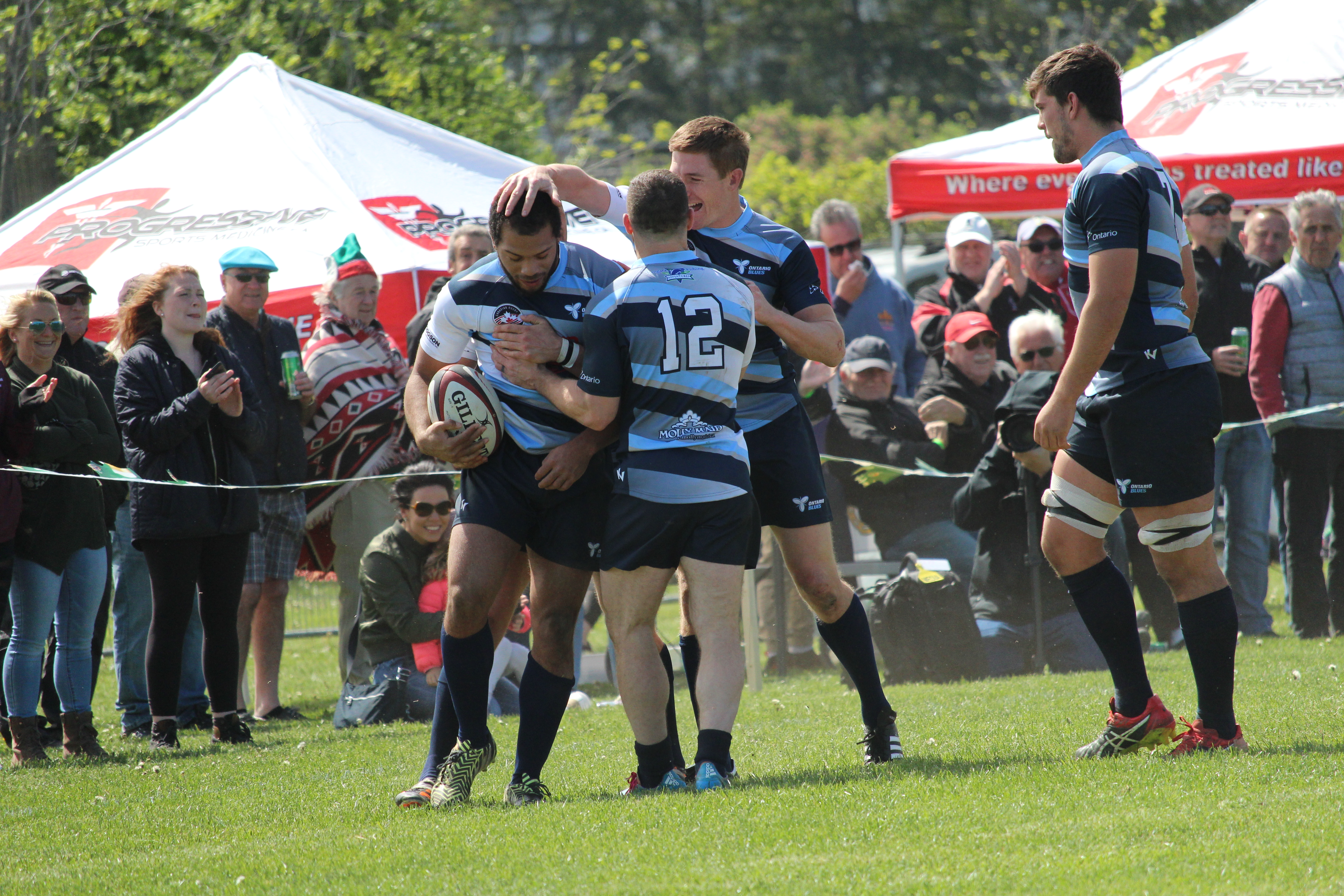 (BURLINGTON, ON) – The Ontario Blues Senior Men’s team welcomed the Glendale Raptors to Sherwood Forest Park today for a pre-Canadian Rugby Championship friendly match. The Ontario Blues battled the windy conditions to take the game 43-25 over the Glendale side, who were recently named as a member of newly formed Major League Rugby.

The provincial side from Ontario’s meeting with the newly-dubbed professional rugby squad from Colorado was a matchup for the ages – American Pacific Champions take on the Canadian Rugby Champions in a battle of pride.

The Raptors came out strong, showing their brute offensive force, pinning the Blues defense into their end. After eight minutes, they penetrated the Blues’ line and took a 5-0 lead. The Blues answered back with a try of their own from Mike Sheppard and a successful conversion from Andrew Ferguson. The Blues and Raptors traded tries for the rest of the half, but the difference came in the kicking category, as the Blues were able to convert two of their tries, despite the windy conditions. The Blues went into half with a 24-15 lead.

In the second half, the Raptors converted an early penalty kick to get within three six points of the Blues, but it was the closest they would come. The Blues recorded three tries and two conversions in the half, while the Raptors generated a try, conversion and a penalty kick. The Blues came out victorious, winning the cross-border clash 43-25.

Highlights of the match included two tries from Kainoa Lloyd (Mississauga), four conversions from Andrew Ferguson (Crusaders) and a strong defensive performance from the Ontario side.