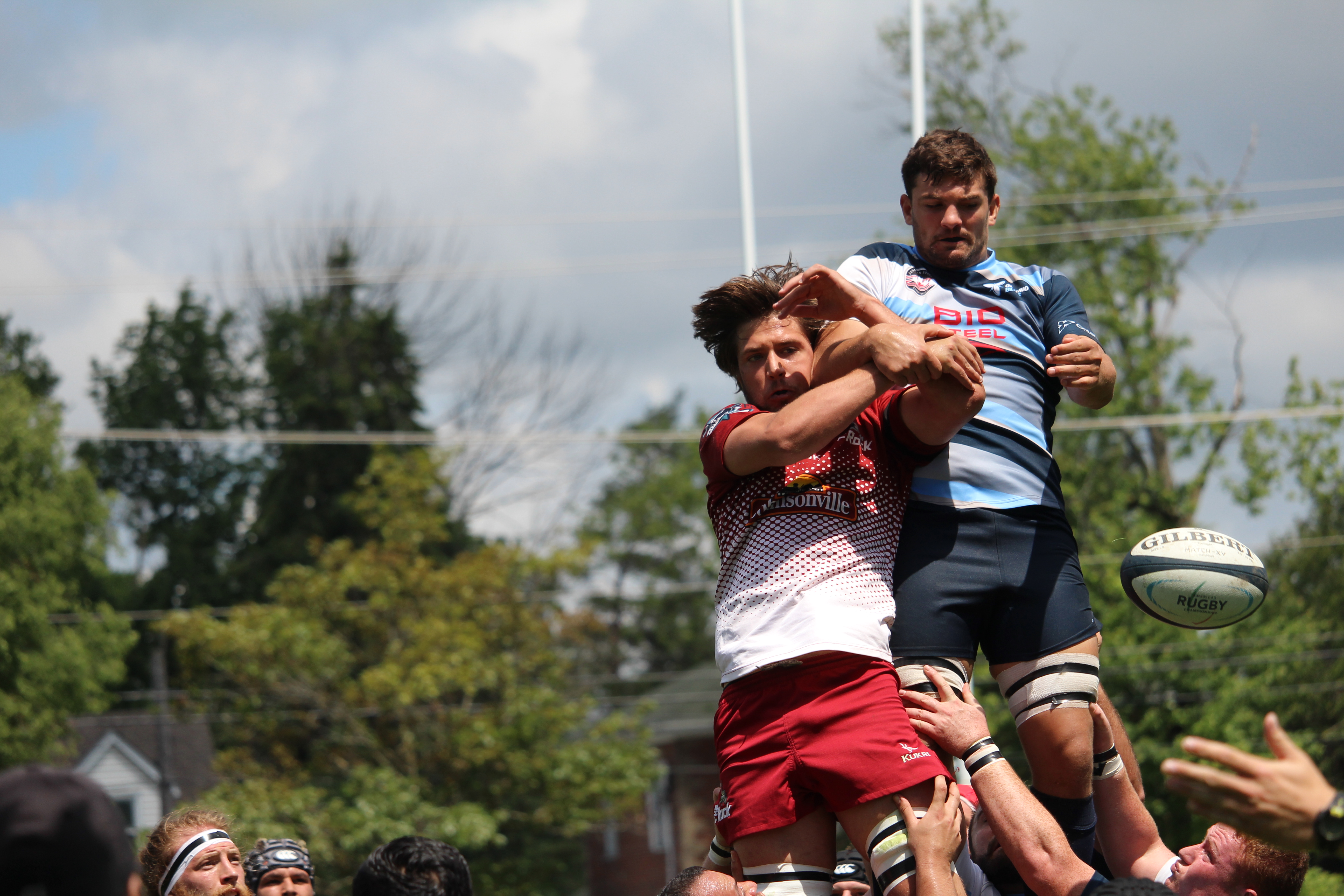 The Ontario Blues Senior Men’s side took the pitch on Saturday at the Truro Saints Rugby Club for their first game of the 2017 Canadian Rugby Championship campaign. They defeated a local Atlantic Rock team 24-17.

The first half was all Blues, as the Ontario men scored early and often. Kainoa Lloyd opened up the scoring after picking off an errant Atlantic Rock pass yards from the Rock try line.

The next Ontario athlete to get in on the scoring was Rory Mcdonell who streaked down the wing to get past the Atlantic Rock defense.

Lucas Rumball scored next, as scrumhalf Andrew Ferguson quickly restarted and offloaded to Rumball who put five more points on the board.

The Blues added one more try in the first half. The Atlantic Rock added a late try and a conversion. On top of the four tries from the Blues, Andrew Ferguson kicked two conversions for Ontario. The Ontario Blues had a 24-7 lead going into halftime.

In the second half, the Atlantic Rock came out flying, building off their momentum from their late first half try. In the first ten minutes, the Rock capitalized on a Blues penalty, adding three points for the home side.

The Rock recorded a converted try late in the match, but it wasn’t enough to defeat the Blues, as Ontario went on to win the match 24-17.

Some key takeaways from the match include Ontario’s strength in the kicking game, the defensive strength of the Blues in the second half and getting solid support from the bench late in the game. Canadian Rugby Championship debutants included Will Kelly, Alex Colborne, Mario Van der Westhuizen, Pat Lynott and Kolby Francis. Coming off the bench, Francis had his first cap with the Blues.

The next Canadian Rugby Championship match for the Ontario Blues Senior Men is August 13, 2017 against the Prairie Wolf Pack from Calgary Rugby Park. Kickoff for the match is 3:00pm ET. Match stream information is yet to released.