Brantford Harlequins are back to back McCormick Cup Champions! 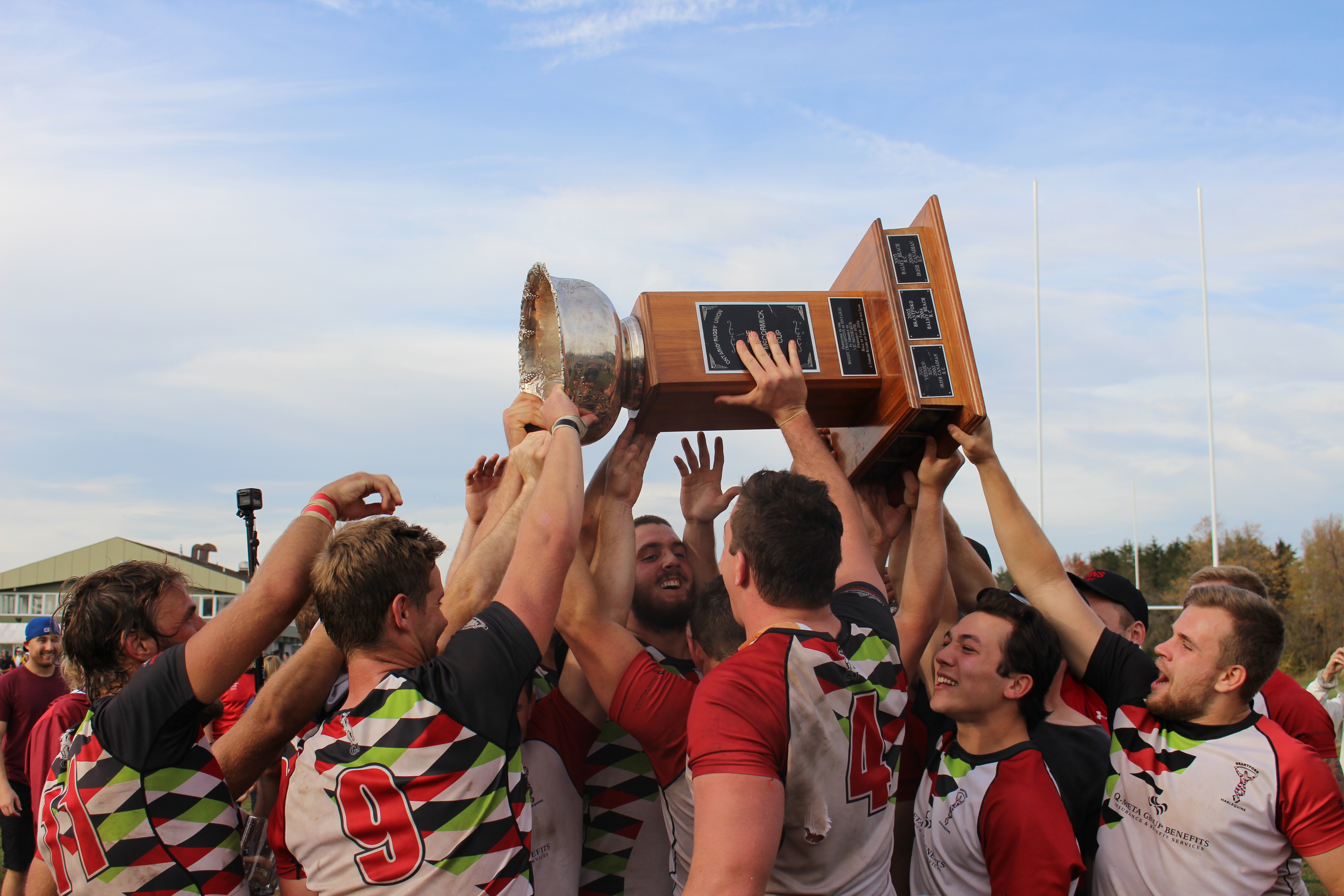 Brantford Harlequins are back to back McCormick Cup Champions

(MARKHAM, ON) – It was a beautiful October day this past Saturday, as Fletcher’s Fields welcomed 1200+ athletes, coaches, officials and fans to its grounds for McCormick Cup Day. On the docket for the day was the Gee Gage Cup Consolation and Final, as well as the McCormick Cup Consolation and Final. The McCormick Cup Final was the highlight of an exciting day with the Brantford Harlequins and Balmy Beach RFC taking the field to a vibrant crowd in Markham. The Brantford Harlequins came out on top of the match with a 40-27 win and were crowned the 2017 McCormick Cup Champions. In the Gee Gage Cup Final, the Toronto Scottish seconds team was crowned the 2017 champions after a 37-17 win over the Aurora Barbarians seconds.

Balmy Beach sustained early pressure in the match, which forced a Brantford penalty. This allowed Connor McCann of the Beach to slot the penalty conversion and put the initial points on the board in the match.

Brantford answered back in the 13th minute, as Graeme Mahar pounded in a try just left of the posts. Steve Piatek converted the try to bring the Quins’ early lead to 7-3. Shortly thereafter, Brantford took advantage of a Beach offside, as Piatek slotted a penalty kick to bring their lead to 10-3.

The Harlequins did not let up after padding their lead, as they continued to string together some strong phases. In the 24th minute, Hooker Eric Howard steamrolled through the Beach defense touch down on the right side of the posts. Conversion was successful from Brantford, as they brought their lead to 17-3.

Fharid Samano stepped up for the response to Brantford’s two early scores. After breaking the line, Samano found his stride and didn’t look back to score for the Beach. The try was converted by Connor McCann to bring the Beach within seven points.

Both teams were not done there, as Brantford and Balmy Beach traded tries before half time. For the Quins, Eric Howard scored his second try after a nifty one-handed catch and a sidestep. The Beach stormed back and Hank McQueen was able to punch it in. At halftime, Brantford had a narrow 22-15 lead over the Balmy Beach squad.

The second half began with a little bit of fireworks, as both teams received yellow cards after some extracurricular activities. Tom Van Horne added a try for the Brantford Harlequins shortly thereafter and Ben Harmer took a yellow card for going feet first. With a 27-15 lead, Brantford had a one-player advantage for ten minutes.

Balmy Beach did not let their shorthandedness stop them, though as Carlos Durand punched a try in after a strong set of phases. Connor McCann converted the try. Right after that, Jon West showed tremendous speed on the wing with a 50 metre run to score. With the two tries, Beach tied the match up 27-27, with 25 minutes to play.

In the 57th minute, the Brantford Harlequins took advantage of a Beach penalty to add on three points to their side. It took 14 minutes for the next scoring play, as Brantford’s Nathan Boeyenga added an insurance marker to bring their lead to 37-27. A final penalty conversion brought their lead to 40-27.

The Brantford Harlequins came away with the victory by a final score of 40-27. Though it was a 13-point deficit, the final score did not do the match any justice. The strong contingent of rugby fans were treated to an exciting rugby match at Fletcher’s Fields.

Aurora struck first in this one, taking an early 10-0 lead, but the Crusaders were resilient in their attack. They put up three straight tries to take a 26-0 lead in the second. The Aurora Barbarians were not done there though and began chipping away at Cru’s lead. The Barbs came back to hold a one point lead (27-26) at one point, but the Crusaders slotted a penalty conversion to hold on to win the match. 29-27.

ABOUT THE MCCORMICK CUP

The McCormick Cup is a long-standing tradition in Ontario rugby; a term synonymous with Rugby Ontario. The Cup is the title championship for Rugby Ontario's Marshall Premiership & Championship Senior Men’s First Teams, along with the annual EORU Champion.