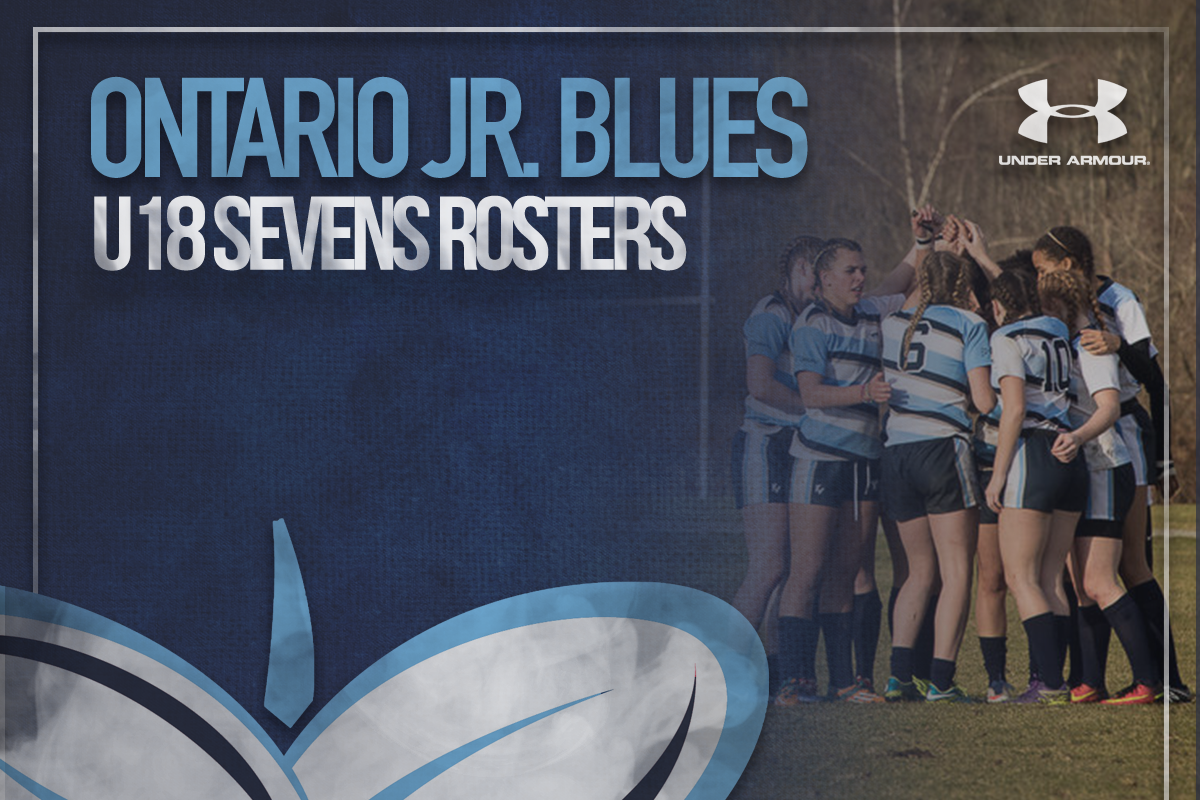 The teams will travel to British Columbia for the event, with Day 1 of competition kicking off on March 8, 2018 at Burnaby Lake Rugby Club. The Gold medal matches for both the U18 Men’s and U18 Women’s divisions will take place at BC Place during the Canada Sevens competition. A full schedule and streaming details have yet to be announced.

Last year, the Jr. Blues walked away with three medals, as the U18 Men finished in first and second place, while the U18 Women finished in second and fourth. There are twelve returning players in the rosters from last year’s competition.

The Junior Blues are also excited to announce the two teams that are travelling to Orlando for the upcoming Tropical 7s tournament. Rugby Ontario is sending a U18 Men’s and Women’s team to Florida for the tournament on March 30-31, 2018. Schedules are yet to be released.

The 2018 Under-18 Men’s Sevens teams heading to Nationals are supported by the Canadian Misfit 7s. The Misfit 7s are a player-driven, performance-based invitational Rugby 7s touring program, dedicated to the identification and development of 7s players and coaches from every corner of the country. Their goal is to develop and maintain a deep player pool and feed the provincial and national pathway programs with well coached and motivated young athletes and aspiring coaches.

Is your club interested in supporting a provincial team? Please contact Sean Medeiros for more information on how you can get involved.