Blues Sr. Men's Development side named for match against IAIR 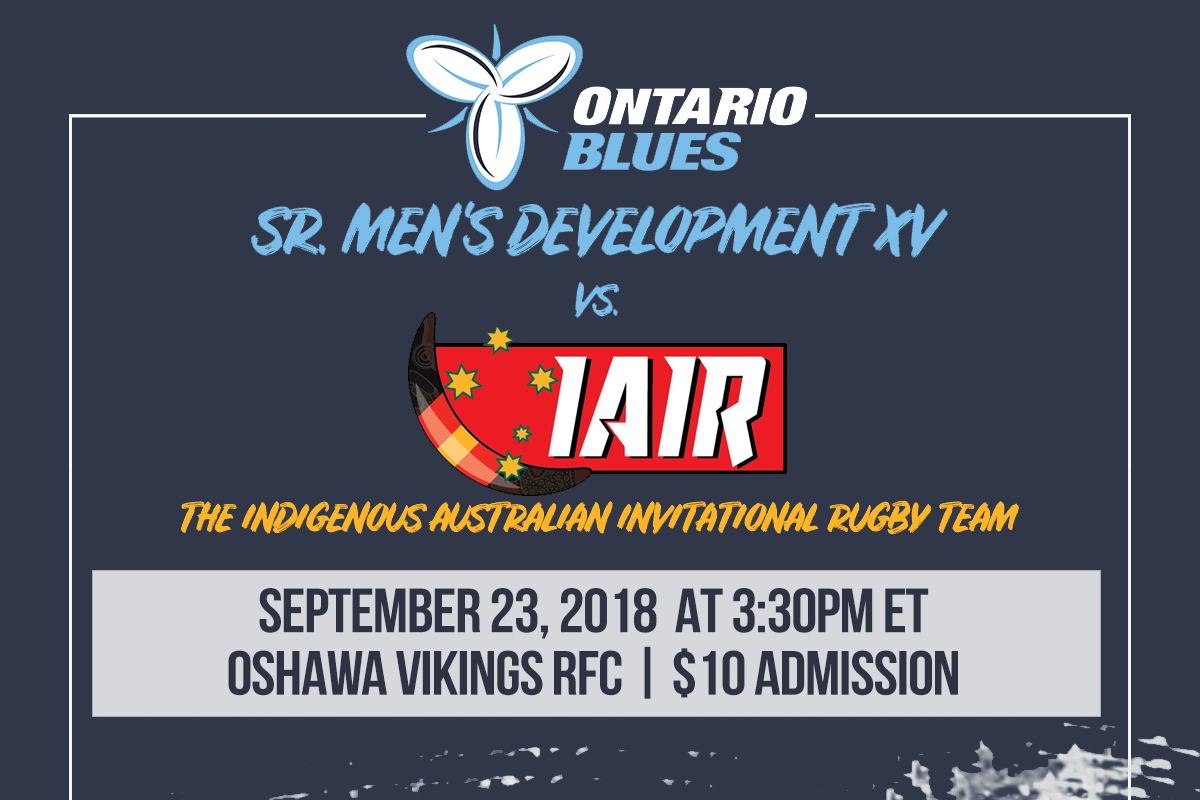 The Rugby Ontario High Performance Program is very excited to announce the playing roster for Sunday’s match against the touring Indigenous Australian Invitational Rugby Team (IAIR). With the McCormick Cup Championship down to the “Final Four” this Saturday, the Blues Management has selected a number of new faces who will be representing the “Blues” for the first time.

“There are some very good rugby players in the Marshall Championship Division as well as in the Branch Union Competitions. The side that has been selected will represent no fewer than 14 clubs across Ontario. I have no doubt that these players will cherish wearing the “Blue” jersey against an outstanding representative side from Australia,” said Manager of High Performance Paul Connelly.

The IAIR squad has already had two big wins against West Point Academy (USA) and Portland as they travel across North America. The style of rugby will be electric and we look forward to a brilliant day at Thompson Park.

Kick-off at 3:30 pm at the Oshawa Vikings Rugby Club

NO STREAM SCHEDULED. Follow along at www.twitter.com/rugbyontario for updates.