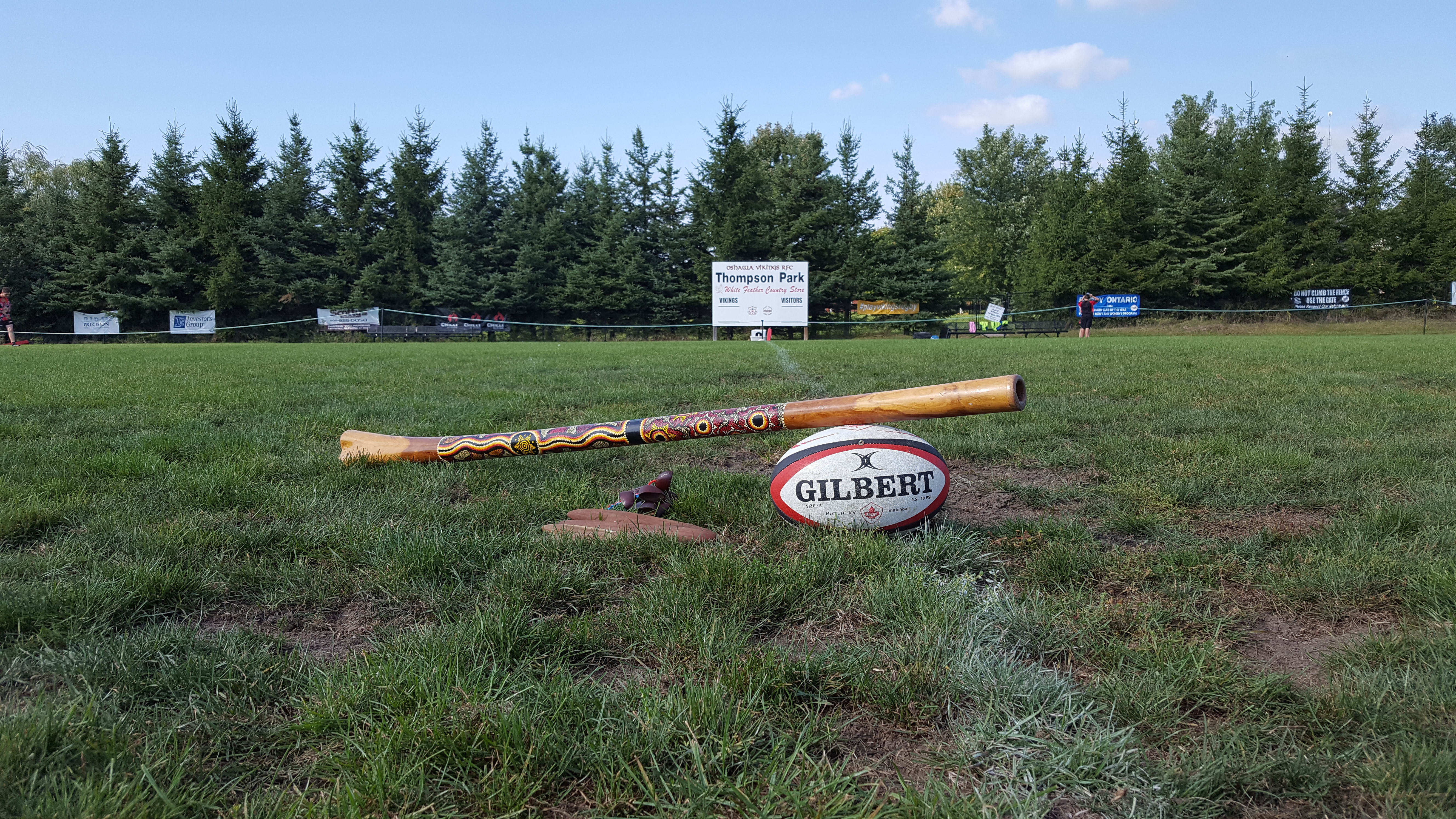 What a brilliant day at Thompson Park - home of the Oshawa Vikings - as the Ontario Blues Senior Men's Development XV came away with a 50 to 21 victory over the touring Indigenous Australian Invitational Rugby Team (IAIR).

The presentation had the Blues fired up and they came out strong. The first twenty minutes saw some dynamic rugby as the Blues ran in no fewer than four tries led by Lee Keegel with two and William Viljoen and Lambrechts Schreuder with singles. Kieron Martin was successful on all four conversations to put the Blues ahead 28-0.

The Australians, playing their fourth game over the last nine days, felt the game slipping away and began to step up their play. Dynamic forward work led to their first score (converted) at the 30-minute mark making the score 28-7. Over the next ten minutes the Blues defended their line valiantly, making tackle after tackle and keeping the score at 28-7 to end the first half.

The second half saw the Blues bring in a fresh ten players off the bench and continue to play some brilliant rugby. Tries by Asad Chaudry, Andrew Ash and Jake Stoneham (all converted) and a penalty kick by Martin powered the boys forward in a final 50-14 victory.

“What a great game and a great day for rugby,” stated Rugby Ontario Manager of High Performance Paul Connelly post game. “Rugby Ontario would like to thank the Oshawa Vikings for providing an awesome venue and post-game reception for our guests from Australia. We look forward to 2021 when we will have the opportunity to host IAIR on their next tour to North America.”