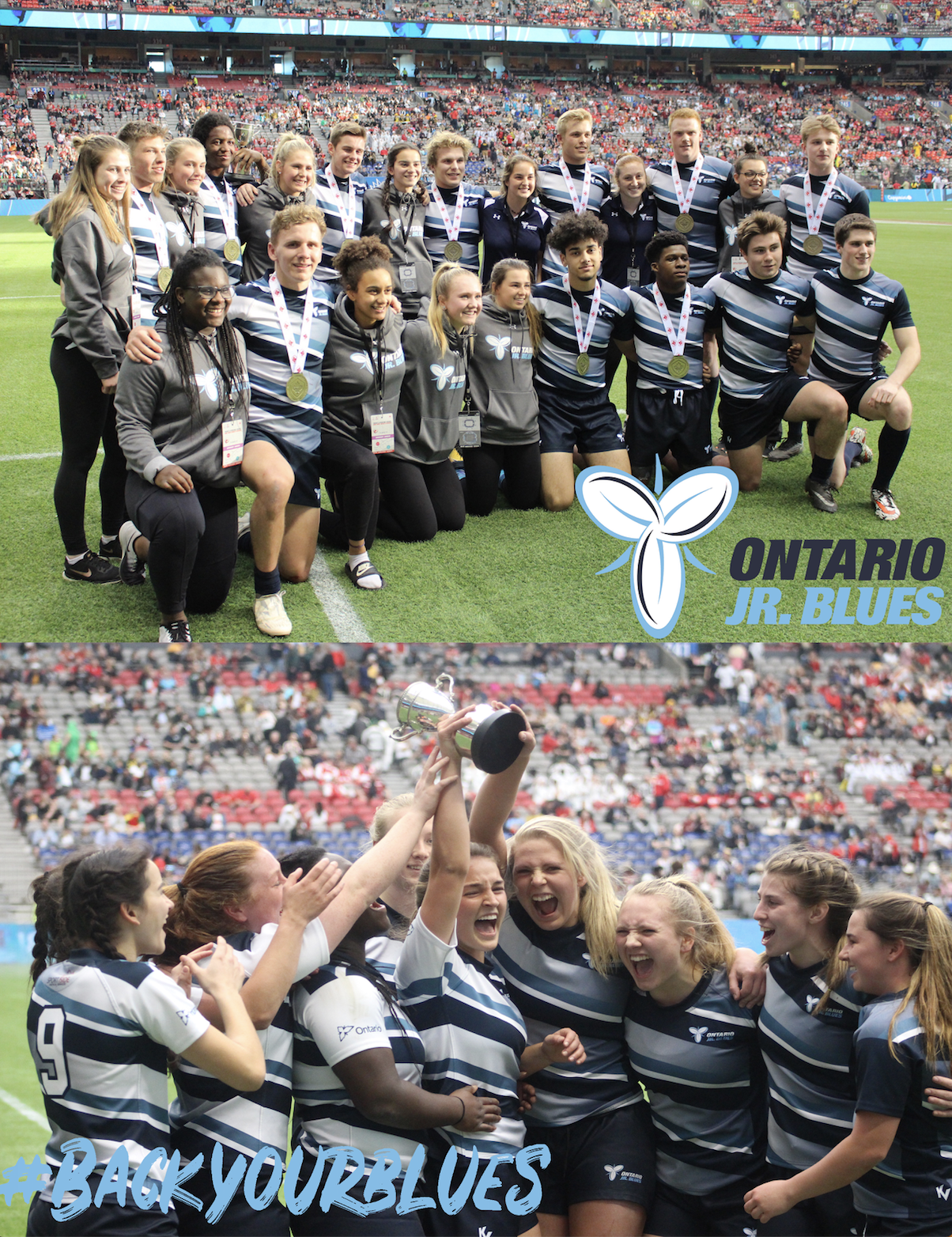 (WHITBY, ON)- The Ontario Jr. Blues are pleased to announce the long list rosters for the 2019 Sevens program. This year the teams will be traveling to compete in Las Vegas, Victoria and Florida.

In 2019, the program will field eight teams. Two U18 and two U16 squads for both girls and boys.  In 2018, the Jr. Blues Sevens Program enjoyed a very successful season. Both the U18 Girls and Boys teams won National Championships.

The program has expanded from last year, adding four more teams. Ian Fitzgerald, Lead Coach for the Junior Girls Program is excited to see the program growing. “We are extremely fortunate to be adding in U16/18 programs heading to Tropical 7s in April 2019,” said Fitzgerald. “We were also able to create 3 regional sessions (Guelph, Toronto, Ottawa) to help cut travel down for our players,” stated Fitzgerald.

The Sevens Program staff is made up of nine coaches, who have been working hard over the past two months to put together the teams.

“We are really excited about the staff that we have put together this year,” stated Khalil Ajarn Lead Program Manager. Ajarn added “As a group we’ve been working hard to assemble a comprehensive list of the top 7s athletes in the province, with player representation from all four major branches, in addition to some hidden gems from some of the high school leagues.”

The teams first training session will be December 15th. Rosters for all eight teams can be found below.