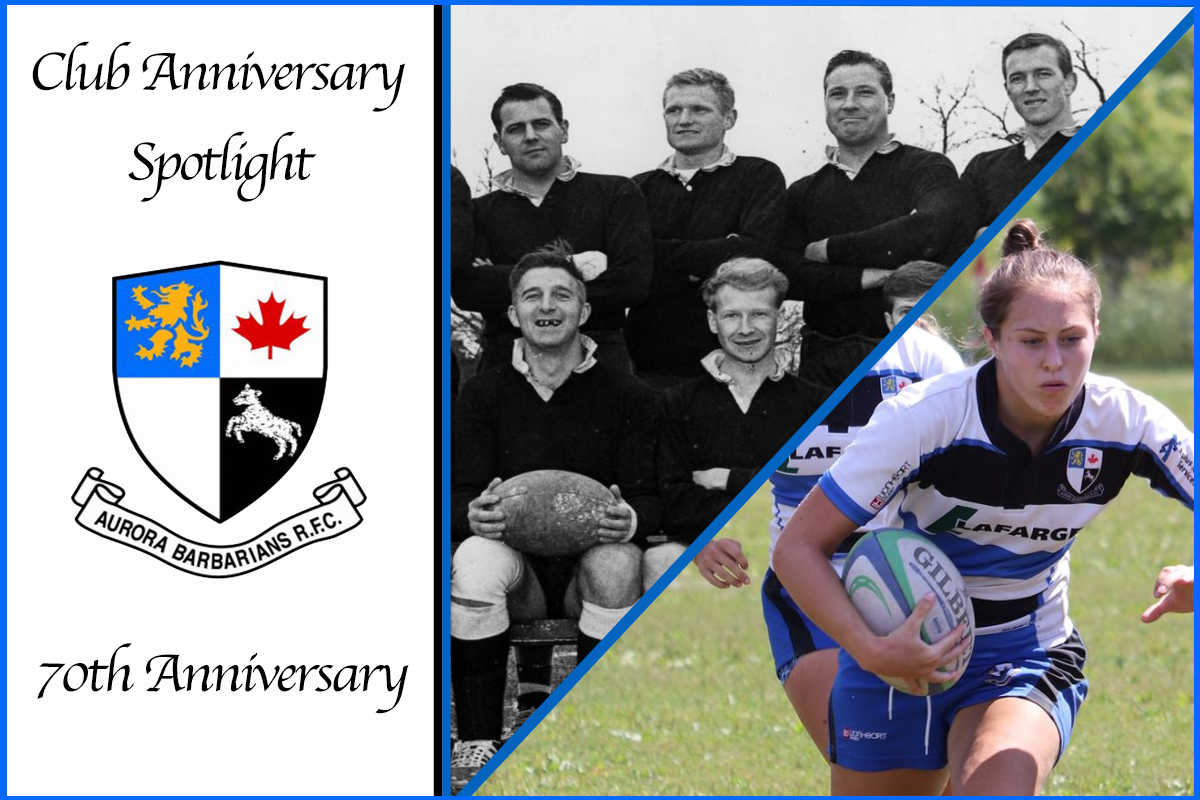 The Aurora Barbarians philosophy is “A Club for All” and have focused on developing and leading Junior, Minor and Women’s programs to consistently rank among the largest membership clubs in Canada.

In 1949 rugby was resurrected in post-war Ontario by a group of British expatriates who banded together to form the Wanderers RFC. The following year, the group launched an intensive recruiting drive for players and drawing together a total of 80 would-be participants, set up three additional teams based in Toronto including the Barbarians

On the pitch, the club fielded a number of strong championship Senior Mens and youth teams in the 50’s 60’s,70’s and 80’s. After the merger in 2002, the Aurora Barbarians enjoyed a string of success at the Senior Mens level. The club captured five straight league championships, three McCormick Club Championships and made at total of seven McCormick Cup appearances from 2006-2013.

The Senior Women were a similar dominant group with three OWL championships from 2012 to 2016. The club has also seen success from their U-18 Boys and Girls program having won a number of Provincial Championships

The Barbs have strong old Boys network of “Black Sheep” supporters. There were notable tours in the 60s and 70’s to USA and Caribbean destinations and tours in the 80’s to Vancouver, California and Chicago.  In the 90s and in the 2000’s to the club toured to Las Vegas and New York.

“The Barbs are committed to growing the game in York region with a talented executive board and current playing group. The club is thankful of our heritage and excited about the future growth of Rugby and our Barbs community.” – Steve Hall, President, Aurora Barbarians RFC.