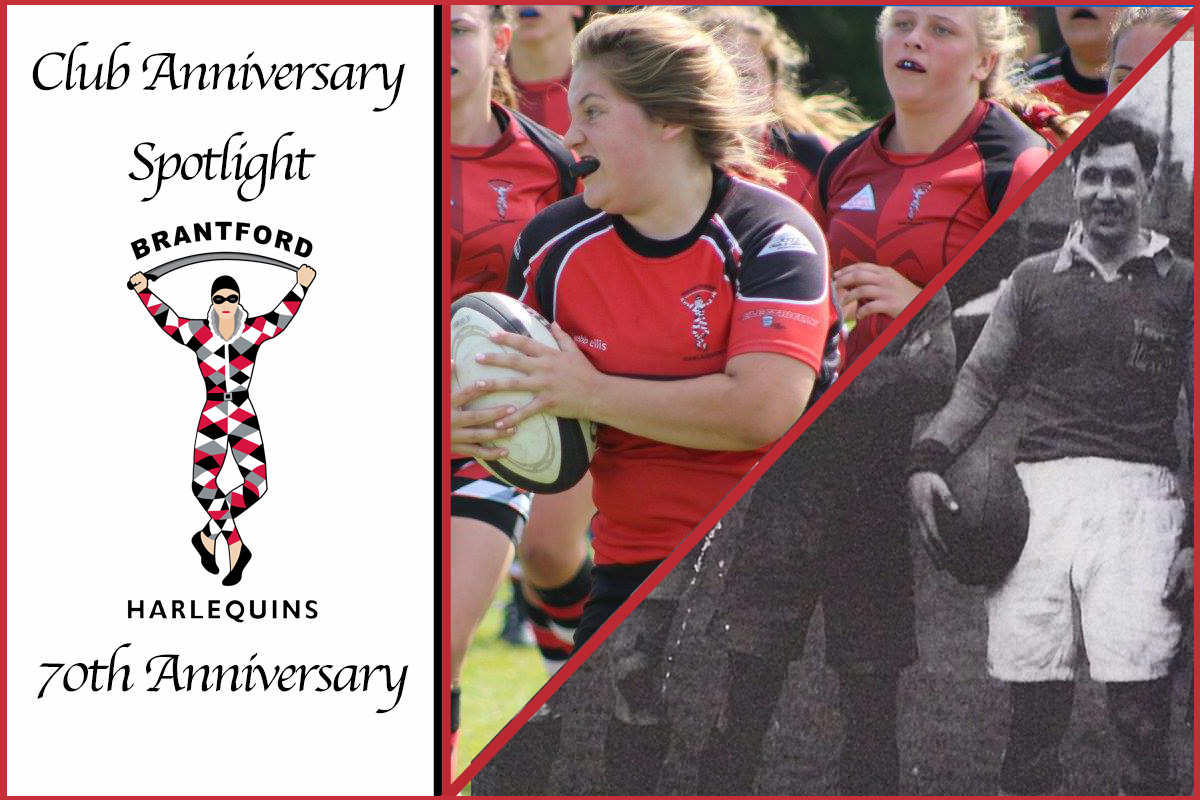 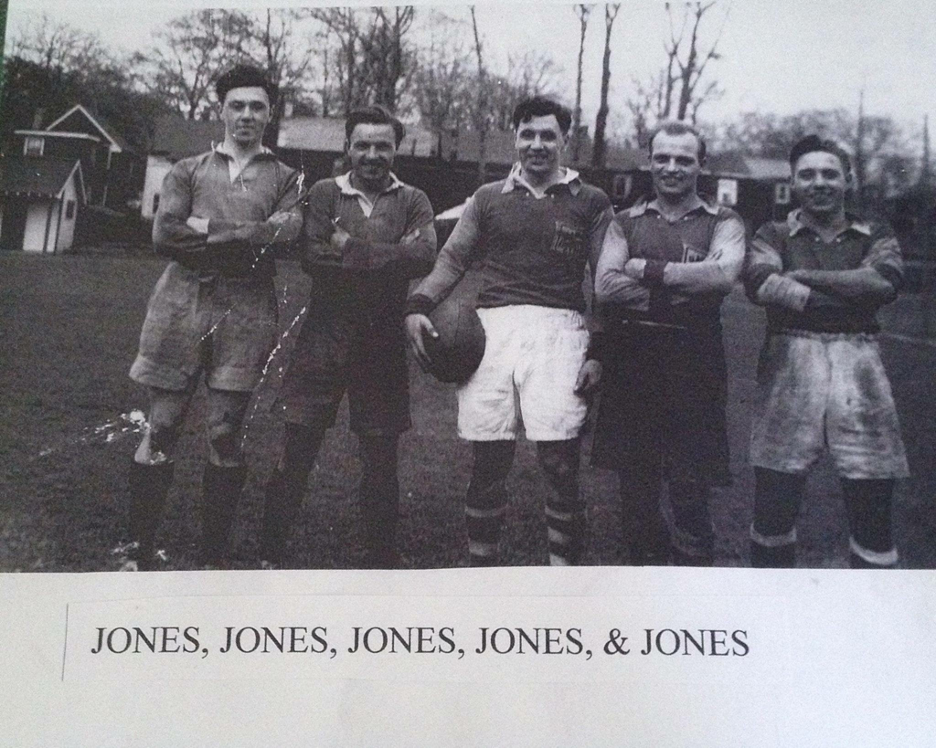 In July, 1950, a notice appeared in the Toronto Star stating that “British Rugby” was about to become active again in the Toronto area and was asking players to join. Despite being comparative newcomers to Canada and with very little influential connections, George Jones and his brother Vince pressed on and called a meeting of friends and interested local soccer players. After the first meeting, George and Vince were convinced they had enough players to form a club - The Brantford Harlequin Rugby Football Club (“Harlequins”).

On September 23rd, 1950, the Jones brothers were notified and the first official league game would take place in Brantford on September 30th against the newly formed Toronto Nomads. Then adversity struck. The newly recruited soccer players had an important game which could not be rescheduled and a couple of other players for unavoidable reasons could not play. The Harlequins were left with four players. A telegram was sent to the Nomads, not calling the game off, but with a message, “Don’t come to Brantford, we will come to Toronto.” So, on that historic day, the 30th of September, 1950, the Brantford Harlequins showed up with four players to take on the Toronto Nomads. George and Vince figured that they could get enough players from the previous games that had been played ahead of them to field a full 15 player squad. They had figured correctly, and had enough volunteers to make

nearly two teams. The Harlequins lost their first game 16-8 but this did not foreshadow the entire season. In the following weeks, the soccer players returned, and new players arrived. The Harlequins were fielding 15 players for every game. By season end, the Brantford Harlequins shocked the league by capturing the O.R.U. championship title with a three-point lead over the other five clubs. And so, the “Cinderella Club” that had to borrow kits, balls, players, cars and anything else they needed, were champions.

1950 News of the World Trophy Champions of Ontario Rugby Union: 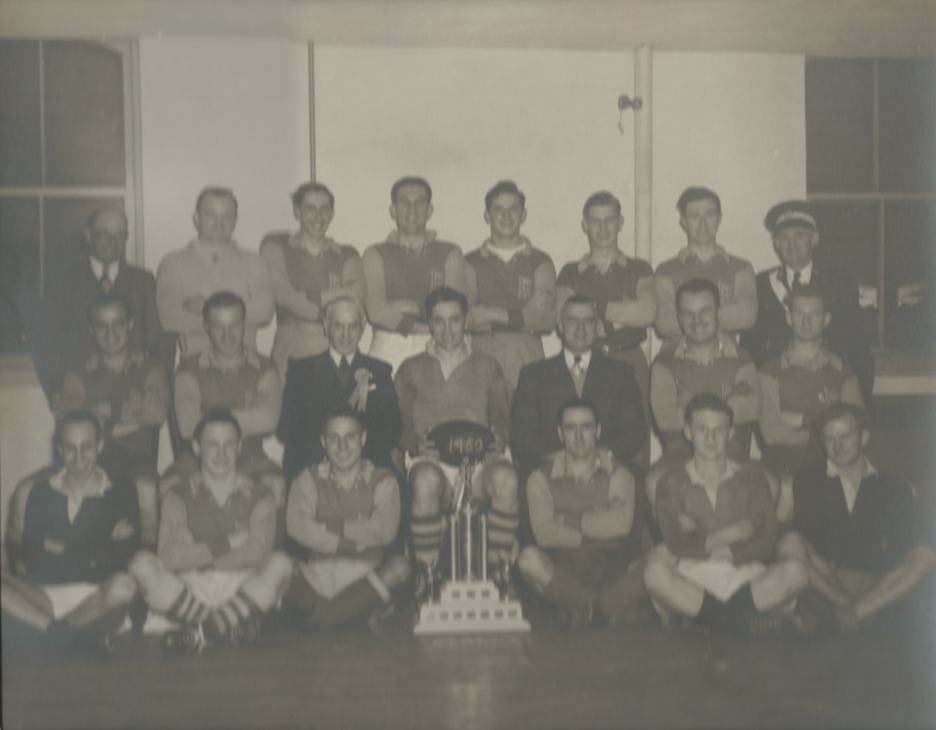 In the fall of 1975, the Brantford Harlequin Executive, with the aid of George Jones, purchased 39 acres of land in the north east section of Brantford on Power Line Road. In 1979, the Harlequins completed the construction of their clubhouse. At present, the Harlequins own and maintain 39 acres of bush and landscaped property, three regulation size rugby fields and a clubhouse.

The club has continued to grow and foster in Brant County – growing to a 300+ active membership from U6’s to 2 Senior Men and 2 Senior Women’s Team, generating numerous successes across the age grades. The Senior Men have enjoyed a successful run of late, with McCormick Cup titles in 2016, 2017, and 2019 to go along with their 2003, 1974 and 1950 championships. The Senior Women also have had a good run, promoting from NRU to the OWL, achieving 1st place honours in OWL West and reaching the OWL Cup Finals (In 2019).

The Harlequins also started a 7’s Program, called Jesters, and the Q-Meta Cup that grew into the Ontario Fall 7’s Series, to promote the 7’s variation of the great game.