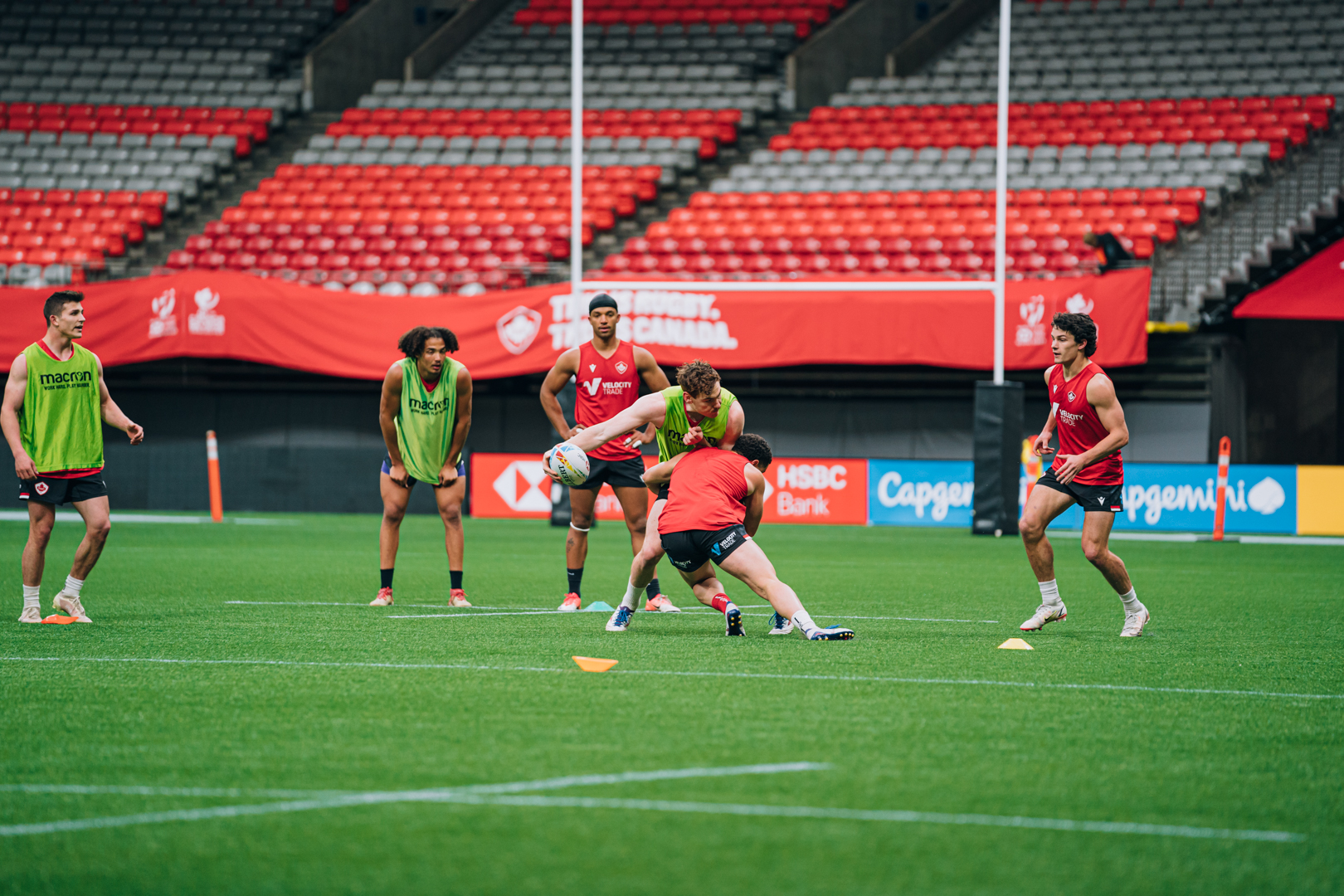 (WHITBY, ON) - Canada's Men's Sevens Programs have announced their roster for the Canada Sevens event taking place at BC Place from April 16th -17th. Three Ontario athletes have been named to this weekends roster: D'Shawn Bowen, Brock Webster and David Richard. Congratulations to all players who have been named to the squad.

Canada is coming off a 10th place finish at the Singapore Sevens event last week. At the last sevens event held in Canada in 2021, Canada placed 6th at the event, which was held at Common Wealth Stadium in Edmonton. All matches will be available via stream at CBC.ca. Read below for the full roster and match schedule.

All matches for both events will be available via CBC Sports