Ontario Club to Represent Canada at IMART in Ireland 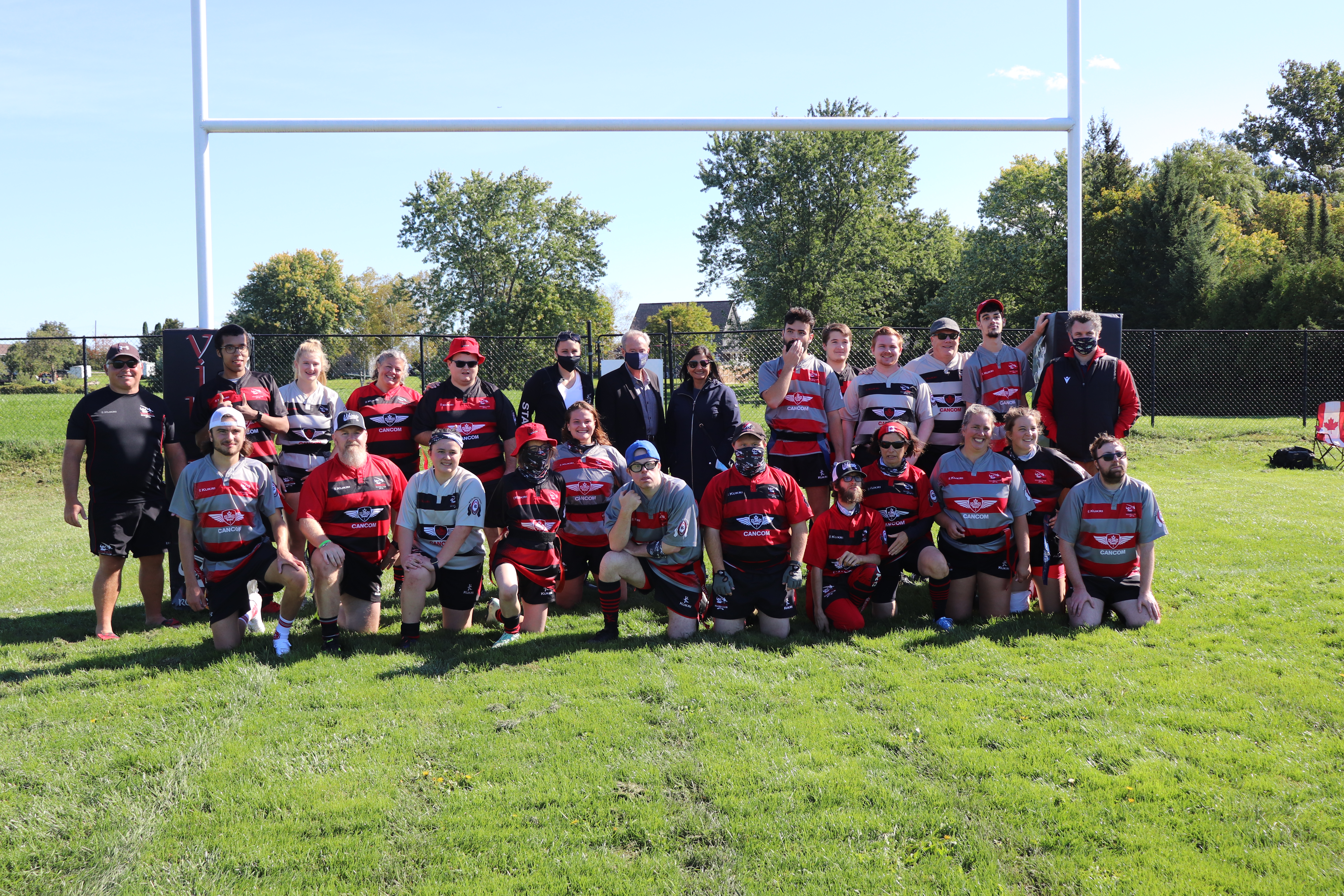 (WHITBY, ON) -  The Oshawa Vikings Rugby Club from Ontario will represent Canada at the upcoming International Mixed Ability Rugby Tournament (IMART 2022) in Cork, Ireland from June 5–10. The Vikings will be the first team from Canada to ever play in the international competition and are the only rugby club in the country to offer full contact Mixed Ability Rugby.

“The players participating in this tour have demonstrated strong development and dedication to prepare for the competition in Ireland,” said John Watkins, Head Coach of the Vikings Mixed Ability Rugby Team. “They have supported each other to create an inclusive environment where every player is a valued member of the team. Rugby is the most sociable and inclusive sport in the world. I know the Oshawa Vikings will take great pride in representing their club and country at IMART 2022.”

Supported by the Irish Rugby Football Union, IMART 2022 will be the largest tournament to date with 24 men’s teams competing for the overall Winner’s Trophy and most importantly, the Spirit of Trophy. Each team will play a total of six games.

The Vikings will be in a pool including the Bumble Bees RUFC from England, the West Cork jesters from Ireland and the Gaztedi RT from Spain. Over 1000 players from rugby clubs in Italy, Scotland, Wales, Argentina, Belgium, Chile and Ecuador will also compete.

“It is fantastic to have an Ontario Mixed Ability Rugby team representing Canada on an international scale,” said Myles Spencer, CEO of Rugby Ontario. “The impact of Mixed Ability Rugby in Ontario has been felt by many athletes, coaches, clubs and communities that have experienced this inclusive approach to sport. It is great to see the program growing and we look forward to following the Oshawa Vikings RFC as they compete at the 2022 International Mixed Ability Rugby Tournament in Ireland.”

Organizers of IMART 2022 are also pleased to announce that they will host the first ever Women’s Mixed Ability Rugby Tournament in Cork. Teams from Ireland, Spain and the Italian Harlequeens Latinas (with players from Ecuador and Argentina) will be in attendance with additional participating players coming from England, Belgium, the Netherlands and Canada, including seven players from Oshawa.

Mixed Ability Rugby follows all the traditional rules in the game of rugby with minor variations made to help promote increased participation. The goal of Mixed Ability Rugby is to create an inclusive environment within mainstream club teams formed with individuals of all abilities, backgrounds, and experiences.

While training and competition continues for these athletes on and off the rugby pitch over the next few months, Abilities Centre, Rugby Ontario and Rugby Canada will be compiling all key learnings from the IMART experience to strengthen the overall growth of Mixed Ability Rugby across Canada.