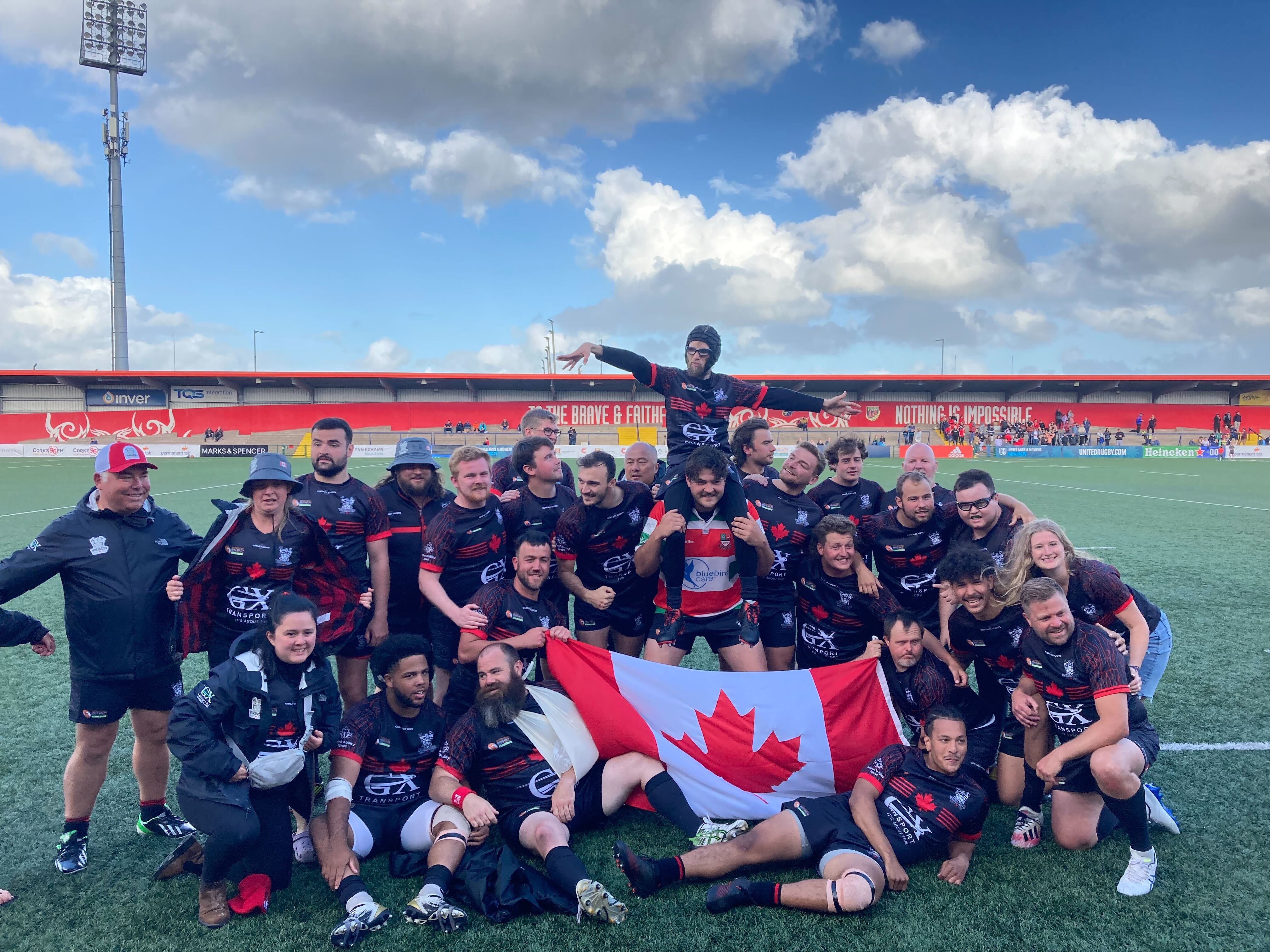 (WHITBY, ON) - The Oshawa Vikings Mixed Ability Rugby Team were not only the first Canadian rugby club to participate in the International Mixed Ability Rugby Tournament (IMART 2022) but also delivered remarkable results on and off the field in Cork, Ireland last week.

After two nail-biting victories in the quarter and semifinals, the men’s team qualified for the Cup Final where they faced the Sundays Well Rebels from Ireland. The Vikings surrendered a try at the midway mark of the first half, going down 5-0. The two sides remained in the five-point deadlock until there were only five minutes left in the match when Sundays Well crossed the line again, extending their lead to 10-0. However, Oshawa’s Toby Ware bagged his team’s first try of the game to make the score 10-5 on the final play. Despite the loss in the final, the Vikings concluded the tournament with a remarkable runners-up finish.

“Each game that went by this week we got better and better,” expressed Vikings player Malcolm Hooper. “For our final try of the tournament to be scored by Toby, it brought a tear to my eye. Easily the highlight of the week to see him score in the final minutes of a championship game.”

The men went undefeated during pool play with three-straight wins over the Bumble Bees RUFC from England, the West Cork Jesters from Ireland, and Gaztedi RT from Spain. In those three games, the Vikings tallied a total of 62 points while allowing only 34.

Oshawa found themselves in a 14-14 draw at the end of their quarter-final match against the Pumpas XV from Argentina but advanced to the semi-finals on spirit points, which are award by the referee at the end of each match. The semifinal saw the Vikings face the Malone Tornadoes where they narrowly knocked off the Irish side by a score of 10-7 to advance to the Cup Final.

The Vikings, who are the only rugby club in Canada to offer full contact Mixed Ability Rugby, took a 23-man roster to the tournament to compete in a total of six games, finishing with a record of 5-1. Seven women’s players from the Oshawa-based rugby club joined up with the Ballincollig Trailblazers from Ireland to play with throughout the week. The Vikings and Trailblazers combined for a third-place finish in the women’s division.

“The International Mixed Ability Rugby Tournament has exceeded all expectations – on and off the pitch,” commented Myles Spencer, CEO of Rugby Ontario. “Since arriving in Cork, Ireland a week ago with the Oshawa Vikings Mixed Ability Rugby Team, we have been consistently reminded how this inclusive approach truly embodies the values of rugby. The team has represented their community, province, and country so proudly.”

The Oshawa women and the Trailblazers earned two wins during pool play over teams from El Salvador and Spain with their only loss coming against the Harlequeens Latina, a team consisting of players from around the world.

The women’s 2-1 record from pool play set them up for a semi-final match with the team from El Salvador. The Vikings and Trailblazers came close but fell to the South American team by a score of 14-7. The Canadian women finished off their tournament with a win against UR Almeria/Incluindus out of Spain by a final score of 15-5.

“This week has been pretty surreal to be honest,” explained Vikings women’s player Carlene Closs. “It still hasn’t hit me with regards to how big of an impact we are having on rugby and sports in general.”

Both the men’s and women’s players from Oshawa return to Canada with their heads held high. The performance off and on the pitch will only continue to raise awareness and bring more attention to Mixed Ability Rugby and Mixed Ability Sport in Canada.

“The Oshawa Vikings Mixed Ability team operates the same way as all other rugby teams across Canada. Registration, weekly practices, exhibition games and now, on tour,” said Kelly Kasper, Director of Sport and Recreation at the Abilities Centre in Whitby, Ontario. “The major difference is they have redefined who can play the sport with a roster of individuals with and without disabilities, individuals who are new to the sport, recovering from injury, or had identified themselves as ‘retired’ from the game. This team is demonstrating that rugby is a sport that can be played and enjoyed by everyone in the community.”