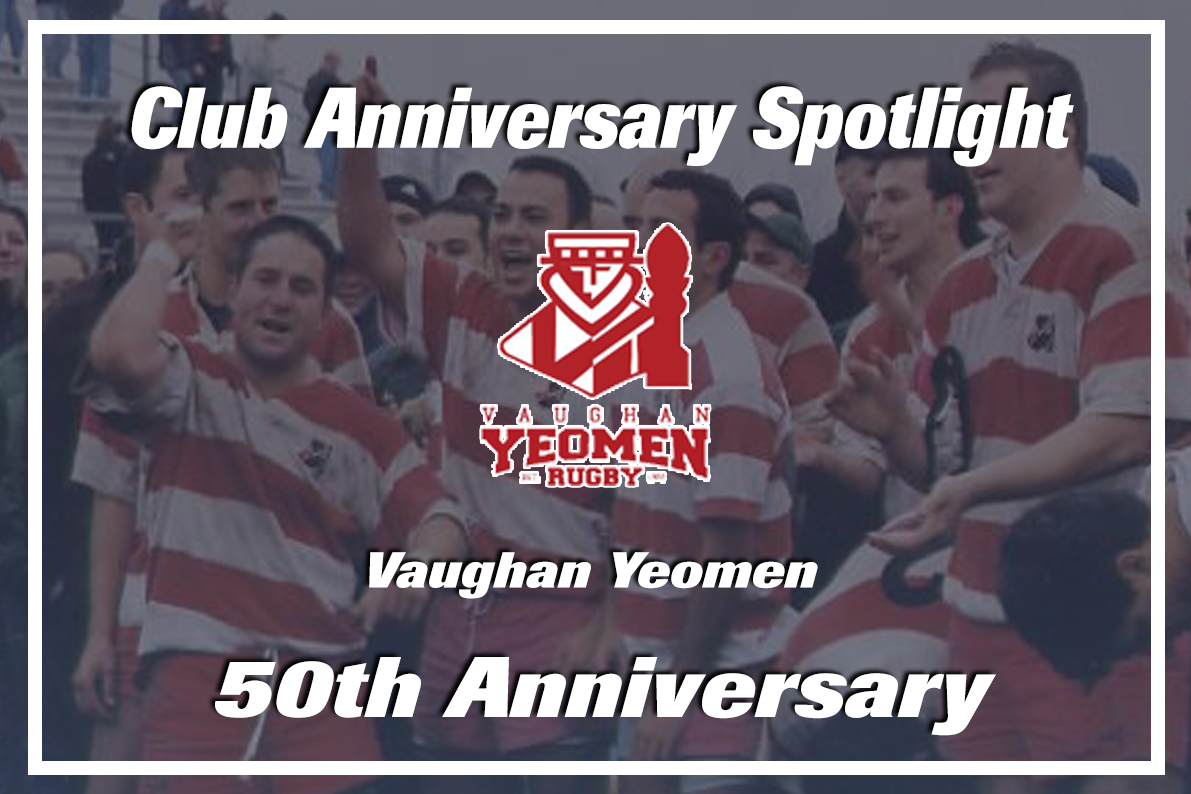 The club was first founded in 1972, when a group of former graduates from York University decided to continue their playing career by forming a club that would play in the Ontario Rugby Union.These gentlemen, Bob Ross, Larry Nancekevill, Mike Dinning, along with others were the core of the club which ran its first international tour in 1973 to play clubs in Europe. The club was then known as the York Yeomen. The club continued to grow and prosper as more members continued to join. The membership was not just limited to the York University graduates but the community at large.

In 1992, the club moved from York University to the Huntington Golf and Country Club. It was at this time that the club dropped the York from the club title. The club moved to their home at Claireville Conservation until 2007. The Vaughan Yeomen now play out of Vaughan where the club continues to grow with the help of many High School feeder clubs (Father Bressani High School, St Joan of Arc high School, St Jean De Brefeuf High School & Sheridan Collage.

The Sheridan Rugby Program has continued to develop young rugby players in the Yeomen tradition. Currently 12 past and present Sheridan players are playing for the 2022 Yeomen. Many current Yeomen players also assist in the development of Sheridan College Rugby players during practices which in turn also benefit the Vaughan Yeomen. This relationship provides a great Rugby Club for Sheridan players to continue their careers in rugby.

The Vaughan Yeomen are currently working on a project with the City of Vaughan, private investors, and sponsorships to create the new home for the Vaughan Yeomen Rugby Club.  This would include a new rugby pitch, bar and many more amenities such as gyms, physiotherapy center, Showers, and many restaurants.

Robert Barbieri Italian National Team at the World Cup in France in 2011.