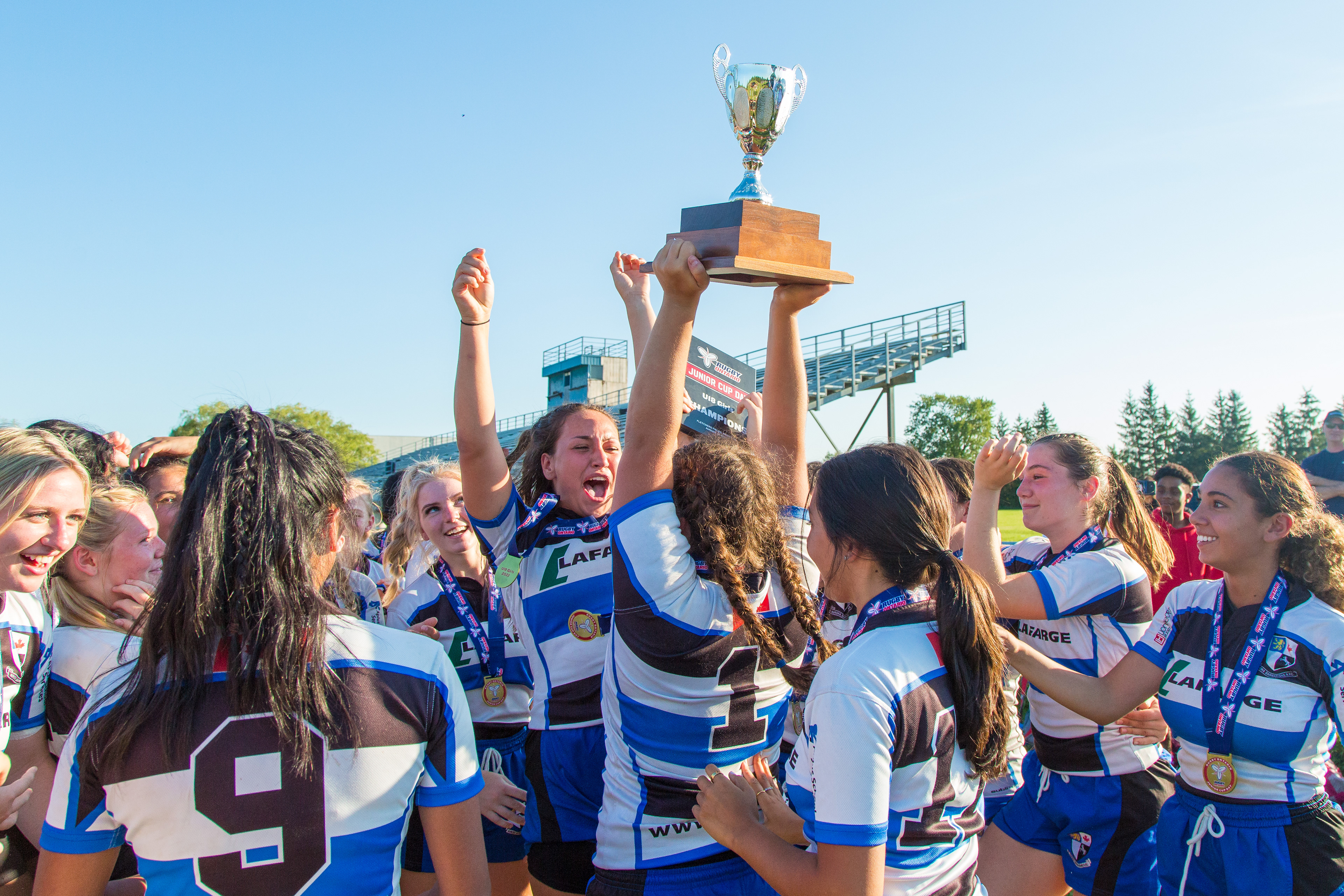 "A wonderful day of Junior rugby to cap off our first summer season since 2019. Fantastic to see so many people out to participate and support the day! Big thank you to all the players, coaches, staff and supporters – for all their work during the year and for a great finish to the 2022 summer season!” - Mark Kellington

To view photos from the day courtesy of Colin Waston, click here. The results from each age grade can be found below.

In the U16 Girls division, the fourth-seeded Oshawa Vikings edged out the sixth-seeded Peterborough Pagans 7-5 to capture the Gold Medal. The Bronze Medal was won by the second-seeded North Halton Highlanders 31-0. The beat Fergus Highland, who was the eighth seed entering the day, to finish in third-place. The final U16 Girls Medals standings are below:

In the U18 Boys division, the Crusaders Rugby Club, who entered the tournament ad the top seed, defeated the third-seeded Bytown Blues 24-3 to win the Provincial Championship. In the Bronze Medal match, fifth-seeded Fergus Highland defeated the seventh-seeded Ajax Wanderers squad 7-5 to finish the tournament in third. The final U18 Boys Medals standings are below:

In the U18 Girls division, the Gold Medal match featured the top-seed the Aurora Barbarians taking on the second-seeded Oshawa Vikings. In the final, the Barbarians defeated the Vikings 10-7 in a closely contested match. In the Bronze Medal match, the fourth-seeded Belleville Bulldogs topped the sixth-seeded Cobourg Saxons 21-12. The final U18 Girls Medal standings are below: