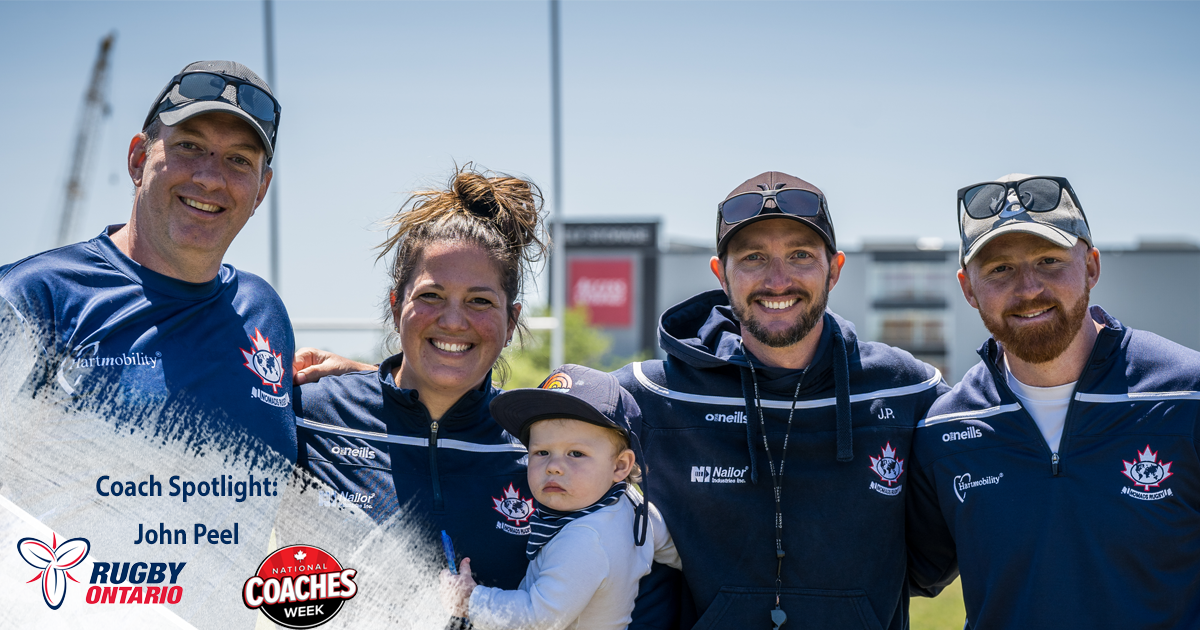 In celebration of National Coaches Week, Rugby Ontario is profiling volunteer coaches from across the Ontario rugby community. This spotlight features John Peel, otherwise known as JP! Born and raised in New Zealand,  JP has been involved with Melville Rugby Club, Waikato Rugby Union and NZRU Sevens. JP currently serves as the Head Coach of the Toronto Nomads Senior Women's team and lead the club to their first ever OWL Cup appearance this past season. He has also served as a coach for the Ontario Blues High Performance Program.

I'm from New Zealand so it's a bit hard not to have gotten involved. As a kid we only had a rugby ball, a park to run around in and your mates to play rugby with.

It's more about the sport off the field, the friends, family, community and connection it creates.

I saw a group of guys that I was initially playing with deserve the opportunity to have a better rugby experience. I knew they could be, and wanted to see them be a better rugby team. We weren't going to have a coach the following season so I put my hand up (broken at the time) to give it a go. Up the MLV843 U85kgs team!

What role have mentors and mentees played in your coach development? Anyone you want to give a shoutout to?

You don't grow and learn yourself if you don't learn from others. There's a lot of people that I've learnt so much from over the years, environments that I've been humbled to be involved in, and opportunities I've taken that I still continue to develop from and I'm grateful to all of them.

Dealing with different personalities is always a challenge, but that is part of being a coach and depends on what kind of challenge you see that as.

I Just enjoy creating a positive environment for everyone and seeing how a team connects, how it grows, how the people grow individually and together, It's cool to see the development as players and people. The fun part of that for me is getting creative with the way on how to do that!

How have you changed as a coach over your career?

I don't know if my coaching style or philosophy has changed a lot, but I just have more experience and tools in the toolbox that I've picked up along the way to use differently as a coach, which changes a lot.

What have you learned during the pandemic that can help you grow as a coach?

Something we learnt was creating a training environment, what skills, drills, and game based coaching to do to keep things fun, interesting, meaningful and people engaged in when there were no actual games or competition to prepare to play for.

What would you say to someone who is considering getting into coaching?

Remember and understand that they are people, not just players or athletes you're coaching.

Finding where coaching aligns with life since this pandemic, representing NZ or probably now Canada would be pretty awesome to say but, "Everything is uniquely preparing us for something. What's meant for you won't miss you." Quoted. Jared Tuoro from Mana Mind  So I'll see where it or life takes me