Rugby in the Square sees positive growth in second year 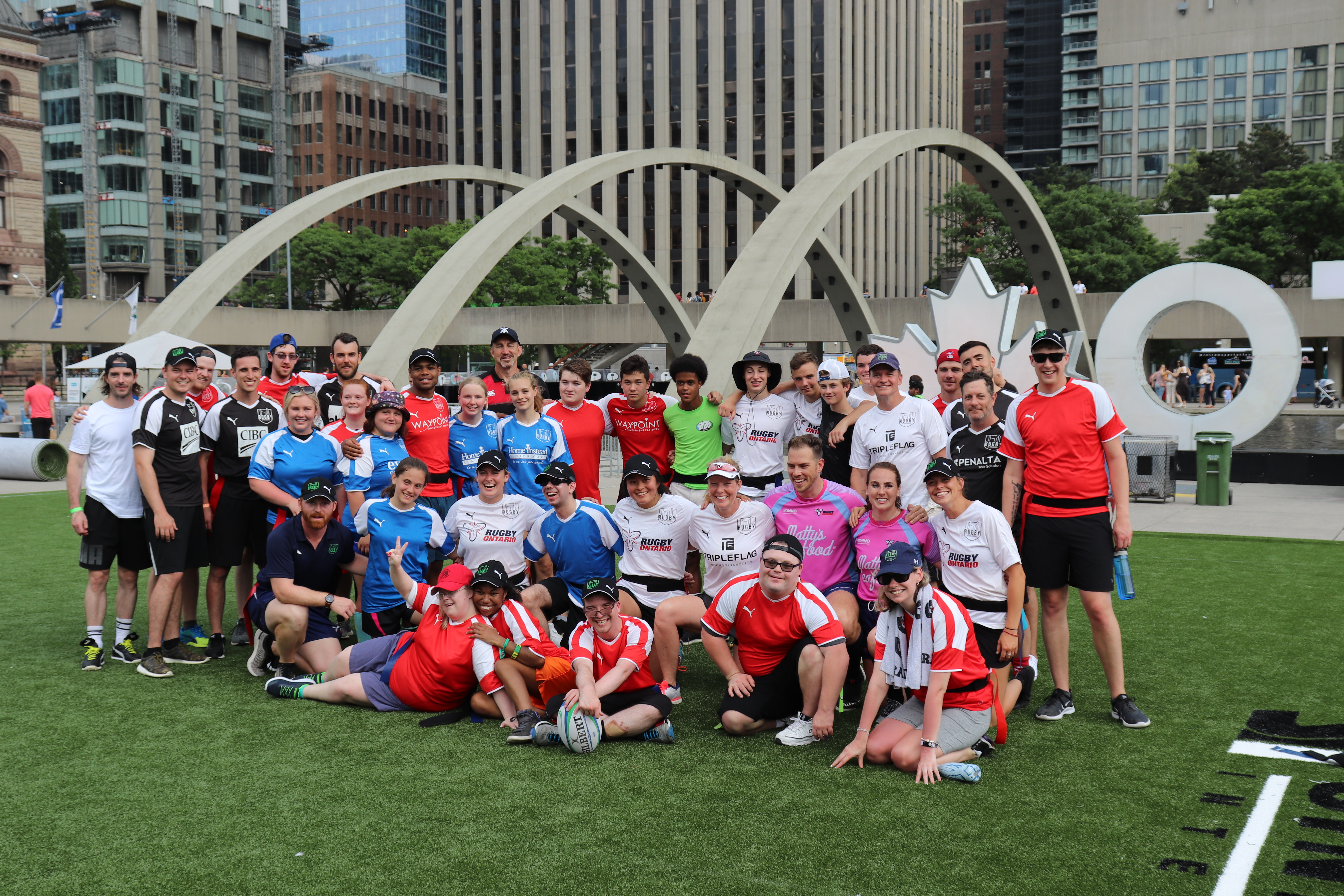 (TORONTO, ON) - Friday, July 5, Nathan Phillips Square was transformed into Rugby in the Square! Returning for a second year, the corporate flag rugby tournament, hosted by Rugby Ontario and the Toronto Inner- City Rugby Foundation, served as a celebration of rugby in the province. Along with the tournament, the event also had a pitch-side beer garden, multiple on-site activations, and the return of the Mixed Abilities Showcase.

“I want to extend a big thank you to everyone who championed Rugby in the Square through their hard work or sponsorship support,” said Kathleen McGinn, Chair of the Rugby Ontario Board of Directors. ”I also want to thank, and congratulate, all the players for competing in the way that makes this event one of the more positive, inclusive and community-oriented sporting competitions in the city”.

The main event of the day was once again the Mixed Abilities Showcase. Nine athletes from the Abilities Centre’s Thrive Program showed off their rugby skills in front of the crowd at Nathan Phillips Square. Joining them in the showcase were players from corporate teams in the tournament and former Canadian International player’s Aaron Carpenter and Al Charron. The goal of the showcase was to highlight the inclusivity and camaraderie the sport of rugby promotes while also promoting Mixed Abilities Rugby in Ontario.

“Abilities Centre was delighted to participate in Rugby in the Square, and to facilitate the Mixed Ability Showcase,” said Stuart McReynolds, President and CEO of the Abilities Centre. “Rugby is a sport with benefits that transcend the field of play, and we are excited to continue our partnership with Rugby Ontario and other key stakeholders in the development of a provincial Mixed Ability strategy, which will ensure all individuals, regardless of background or ability, will have a chance to experience the joys and benefits of rugby.”

“It was wonderful to see folks of different ages and athletic backgrounds participating at Rugby in the Square: from the Mixed Abilities Showcase to the rugby-royalty that graced the pitch, we saw people sharing the joy of rugby and putting all their passion into the games despite the heat,” said Amanda Neale-Robinson, Executive Director of the Toronto Inner-City Rugby Foundation. “This, of course, wouldn't have been possible without the continued support from all of our corporate partners and sponsors.”

The Rugby in the Square organizing committee would like to congratulate Eventi on their victory and thank all the corporate teams who participated. In addition, the committee would like to thank event partners: the Abilities Centre, the City of Toronto, Elite Training Systems, Gilbert Rugby Canada, Medallion Print Solutions, PUMA, Quinn’s Steakhouse & Irish Bar, SportSide Medical Services, and Terra Oppus Group/Synthetic Turf – International Toronto, the official synthetic turf supplier of Rugby Ontario & Rugby in the Square.

The organizing committee would also like to extend a thank you to Toronto Mayor John Tory, who made an appearance at the event, serving as a guest coach for one of the matches and to Brian Spanton, TSN Rugby Analyst, for emceeing the morning. Finally, a thank you to JOGA for leading the warm up for all the participants.

With Rugby in the Square 2019 in the books, planning for the 2020 event has already begun. If you are interested in reserving a corporate team, becoming an event sponsor, or renting the synthetic turf contact Joe Schissler at jschissler@rugbyontario.com. Thank you to everyone who supported the event, we hope to see you next year!

ABOUT THE RUGBY IN THE SQUARE 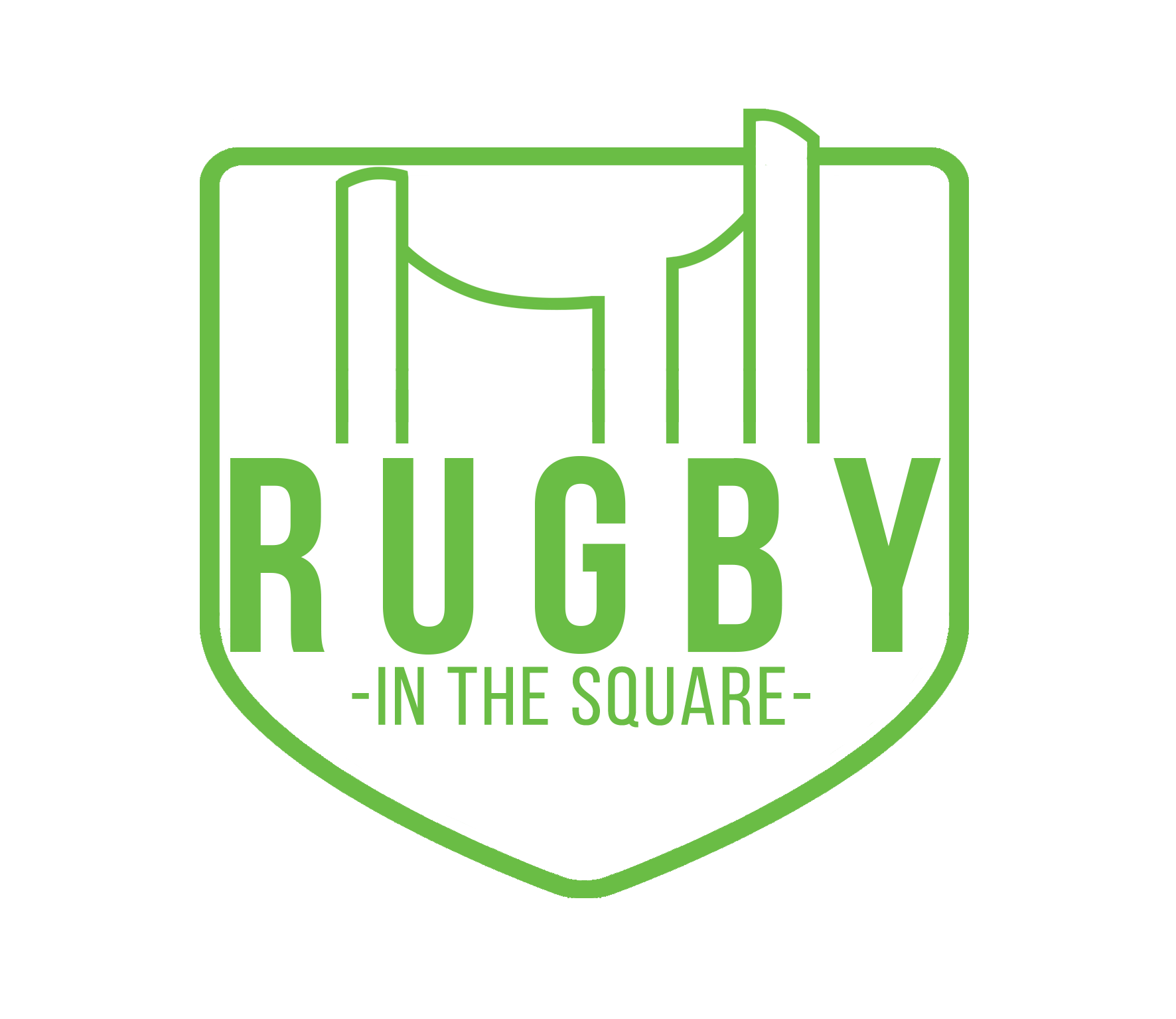 Rugby in the Square is a co-ed non-contact flag rugby tournament with industry-focused brackets. Each team (of up to 10 players) is guaranteed a minimum of three games. Teams can participate in activations around Nathan Phillips Square from the Toronto Inner-City Rugby Foundation, Rugby Ontario and some of our partners. If you are interested in participating in the event, contact Joe Schissler at jschissler@rugbyontario.com or visit https://rugbyinthesquare.com/ 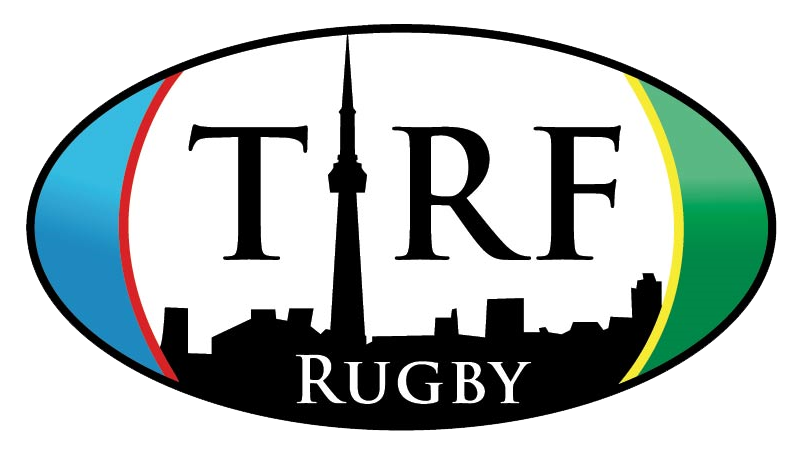 Toronto Inner-City Rugby Foundation (TIRF) is a rugby-centered community development organization that uses rugby as a tool for social good. TIRF, a registered non-profit founded in 2011, builds community through rugby in 31 of Toronto’s underserved neighbourhood improvement areas (NIA) and emerging neighbourhoods. TIRF, sanctioned by Rugby Canada and Rugby Ontario, works in partnership with more than 200 community partners. Through programming and services, TIRF reduces the financial, geographical, and cultural barriers that prevent children and youth from participating in sport. For more information, visit www.tirfrugby.ca