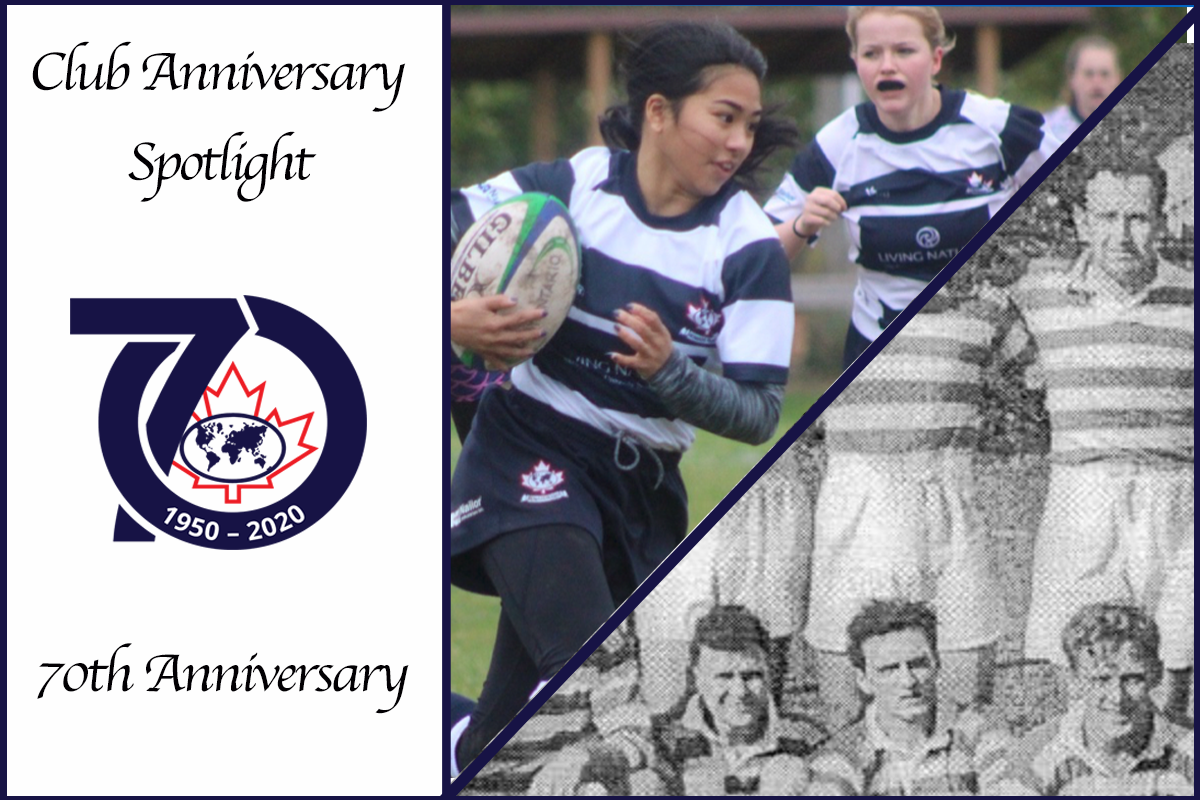 The first Toronto Nomads rugby team was established in 1950 as a consequence of a player recruitment drive at the Canadian National Exhibition (“CNE”) organized by the Wanderers Rugby Football Club, which had formed the previous year but needed opposition teams to play.

The successful CNE recruitment drive yielded 80 new players and the following week the new players and existing Wanderers were divided into 3 teams with the necessary mix of forwards and backs. This meant that some former Wanderers were now members of the two new teams, who after being given half an hour to decide their name and colours, were the Nomads and Barbarians. Together with the University of Toronto team the Wanderers, Nomads and Barbarians formed a four-team competition. The Reverend Freddie Miller who chaired that 1950 player meeting became Nomads first captain and went on to be a life-long Nomad, while his brother continued to play for the Wanderers.

The Nomads flourished both on the field, winning five successive Carling Cups from 1960-1964, and off where its players, including many from rugby playing countries around the globe embraced and enjoyed the social side of our great game including hosting visiting teams and touring. Also, in the sixties, the Nomads became one of the founding shareholders of Fletcher’s Fields.

In the 70s and 80s Nomads members, ex-pats and locals, were heavily involved in the Caravan festival and the TRANZAC Club. In 1976 Nomads Peter Daley, Joe Wray, Bernie Duff and Dolores Maher founded the NAGS (Nomads Acting Group) Players, the successful theatre group that is still going strong today.

In the nineties, the Nomads established their Women’s Rugby program and it has gone from strength to strength. Notable graduates of the club include, Canadian captains Kelly Russell and Laura Russell and Canada Sevens’ Asia Hogan-Rochester.

Today, the Toronto Nomads is proud to be one of five clubs whose men’s and women’s team both play in the top Ontario competitions, the Marshall League and OWL respectively.

2019: Asia Hogan-Rochester scores a hat trick of tries in the final of the PanAm Women’s 7s in Lima, Peru

Nomads Rugby believes club rugby is the game’s foundation and that the foundation must be solid and effective for Canadian rugby to prosper. Accordingly, we will strive to be the best club we can in all respects, both on and off the field. Nomads Rugby is committed to growing the game and the club by being a community-oriented club serving Toronto’s downtown and west-end neighborhoods, schools, youth and adults.