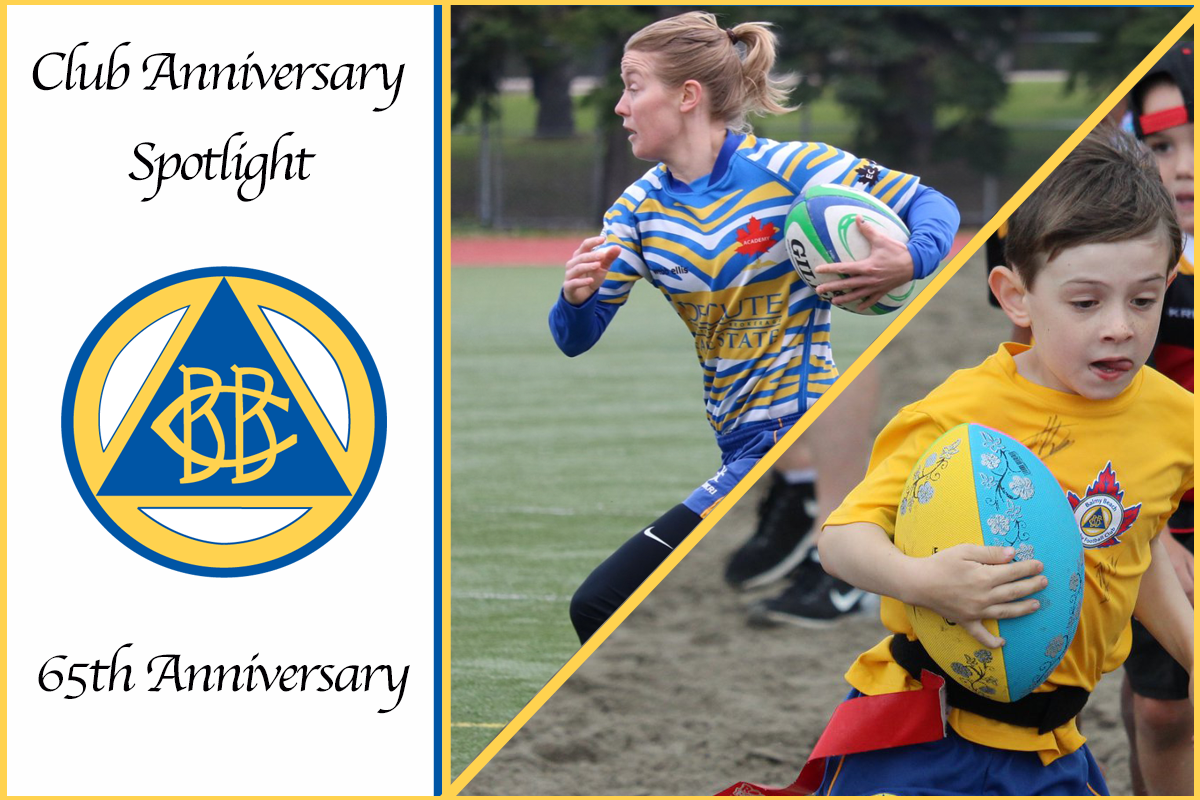 Over six decades ago,  in 1955, twenty teenagers banded together with the help of Dennis Fletcher, O.R.U. Director of Canadian Development, bringing a mix of competitive spirit, talent, a desire to learn a new sport, and a never-back-down attitude to form Balmy Beach’s inaugural rugby side ("Balmy Beach Rugby"). The rest, as they say, is history.

“We were just a bunch of kids fresh out of high school, and we knew very little about the sport,” recounts Beach original Ken Bingham. “We went into that first season not expecting to win a single game, but by the end of the 1955 season, we shocked the league by not losing once. We were a band of brothers, falling in love with a sport and a club that would become so important to all of us, for all our lives.”

Since 1955, Balmy Beach Rugby has continued to grow and foster in the Toronto-based Beach area at its home field of Tubs & Gee Gage, dedicated to long-time supporters and advocates of Beach Rugby, Lesley and Gladys Gage. Balmy Beach Rugby's introduction to the game has opened many doorways and helped pave the way for future Beach players.

Balmy Beach Rugby has been one of Ontario's most successful rugby clubs throughout its 65-year history, both in terms of the number of championship titles won, and the volume of players it has produced for national teams. Today, Balmy Beach Rugby has grown to a 300+ active membership from U12's to 4 Senior Men and 1 Senior Women's Team, generating significant successes across all ages. Balmy Beach Rugby has earned 14 provincial cups (Carling/McCormick Cup), most recently back-to-back McCormick Cup champions in 2014 and 2015, numerous Women's TRU Championships and eight flight league titles over its 65-year span. Their successes on Ontario’s pitches have led to numerous international accolades for a host of individual players and more than twenty Beach athletes have represented Canada internationally.

Balmy Beach Rugby is committed to continue to grow the great game of Rugby in the Toronto region with a talented group of players, executive committee members, and alumni and sponsors. With a focus on continuing to support and encourage growth from the Junior level and among the Women's program, Balmy Beach Rugby plans to continue its vested interest in supporting young talent, community presence, and its ever-growing club spirit!