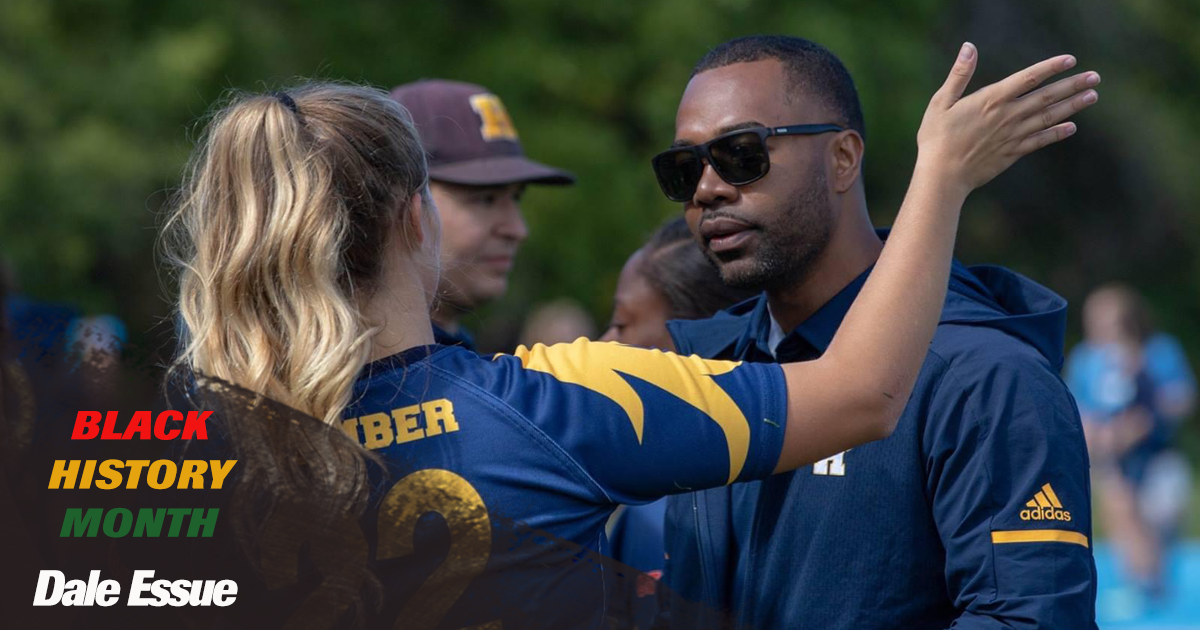 (WHITBY, ON) - In celebration of Black History Month, Rugby Ontario is spotlighting BIPOC members of the Ontario rugby community who are making a difference in the sport. Today’s spotlight is on Dale Essue. Dale is currently the Head Coach of the Humber Hawks Women's Rugby Team. He has also been involved in the game as a player at the high school, college and club level. Read below to learn more about Dale's rugby journey!

1. How did you first get involved with rugby?

I was introduced to this wonderful sport by my high school Physical Education teacher, Mr. Kroes, in Grade 11. I was not familiar with the sport of rugby in any shape or form prior to. I was a competitive baseball player, but due to lack of a staff sponsor for the baseball team that year, baseball was not an option. Mr. Kroes was new to the school and wanted to start a rugby program and recruited athletes he thought would excel and enjoy the sport. There was a large learning curve during training but after my first competitive game, I know knew why everyone loved the sport. The intensity, passion and joy it gave me was unlike anything I had experienced in sport before. I played for my high school, Applewood Height SS, College, Humber and club, Brampton Beavers. In 2010 I was given the opportunity to start my coaching career. I was hired as the assistant coach for the Humber College Womens’ rugby team by my then Athletic Director, Doug Fox and in 2014, I was appointed as Head Coach by the now Athletic Director, Ray Chateau.

2. What is your favourite rugby memory?

I have so many memories as a player and as a coach. But I will share my favourite memory as a player. My favourite rugby memory as a player was from the 2008 OCAA Mens Rugby season playing for Humber College. Going into that season, which was my final year, I suffered a severe groin injury while playing my last league game for my club team, The Brampton Beavers. The injury sidelined me for the entire OCAA  regular season. Over the course of the season I underwent intense rehabilitation, and although I was not 100% ready, my coaches gave me the opportunity to dress for the 2008 championship final vs Fleming College. During the last 10 mins of the game, I was given the nod and was subbed in on the wing. Driving down into the oppositions 22, the ball made its way to the wing and into my hands, my first touch of the ball all year, with two side steps, I beat the defenders and scored! It was an unbelievable moment for me; coming from what was basically a season ending injury to scoring in the championship game in my final year! 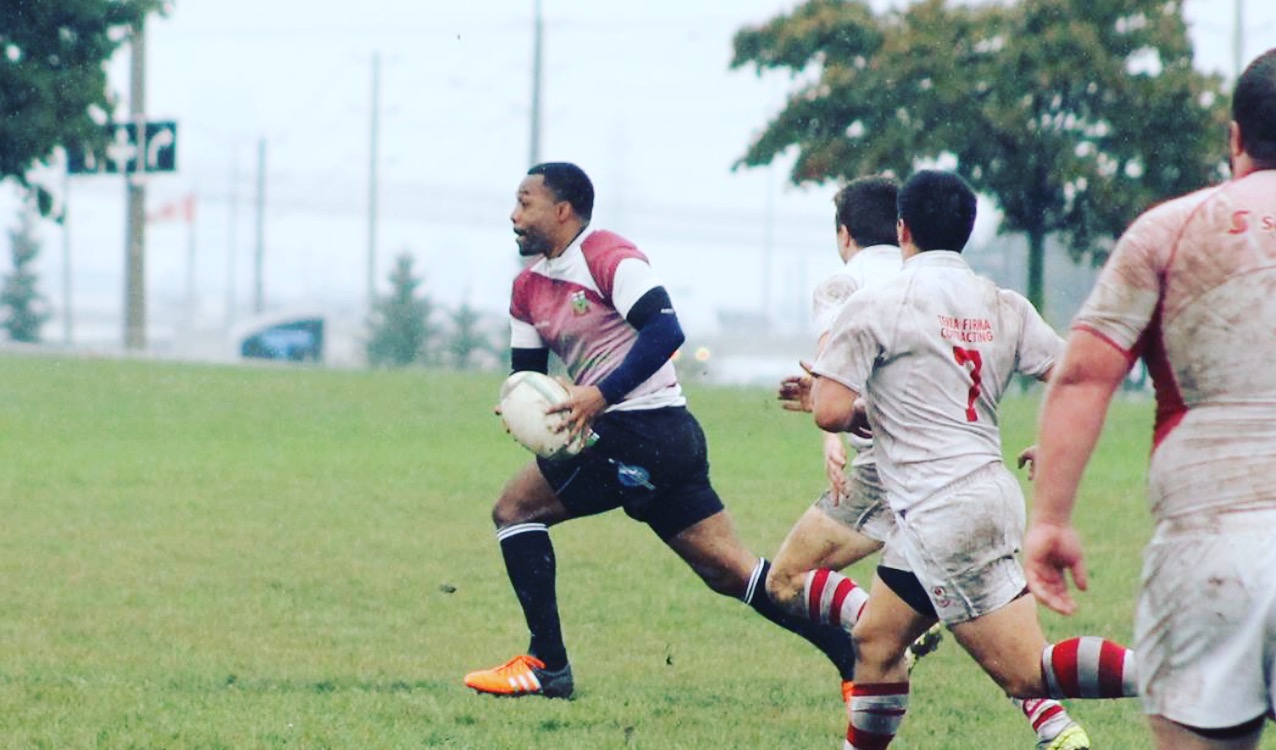 3. What do you love most about the sport?

I love the camaraderie, the support, the respect rugby players have for each other worldwide. If you are traveling and meet another rugby player, you are guaranteed to have a new mate!  The sport really brings people together.

4. What are your goals as you move forward in your rugby career?

My rugby playing career has dwindled over the past few years as I have gotten older, but I try and play when I can. My focus is coaching the Humber college Women’s sevens program. My goal is to continue providing young women the opportunity to pursue playing competitive rugby at the collegiate level, while enhancing my coaching and leadership abilities. 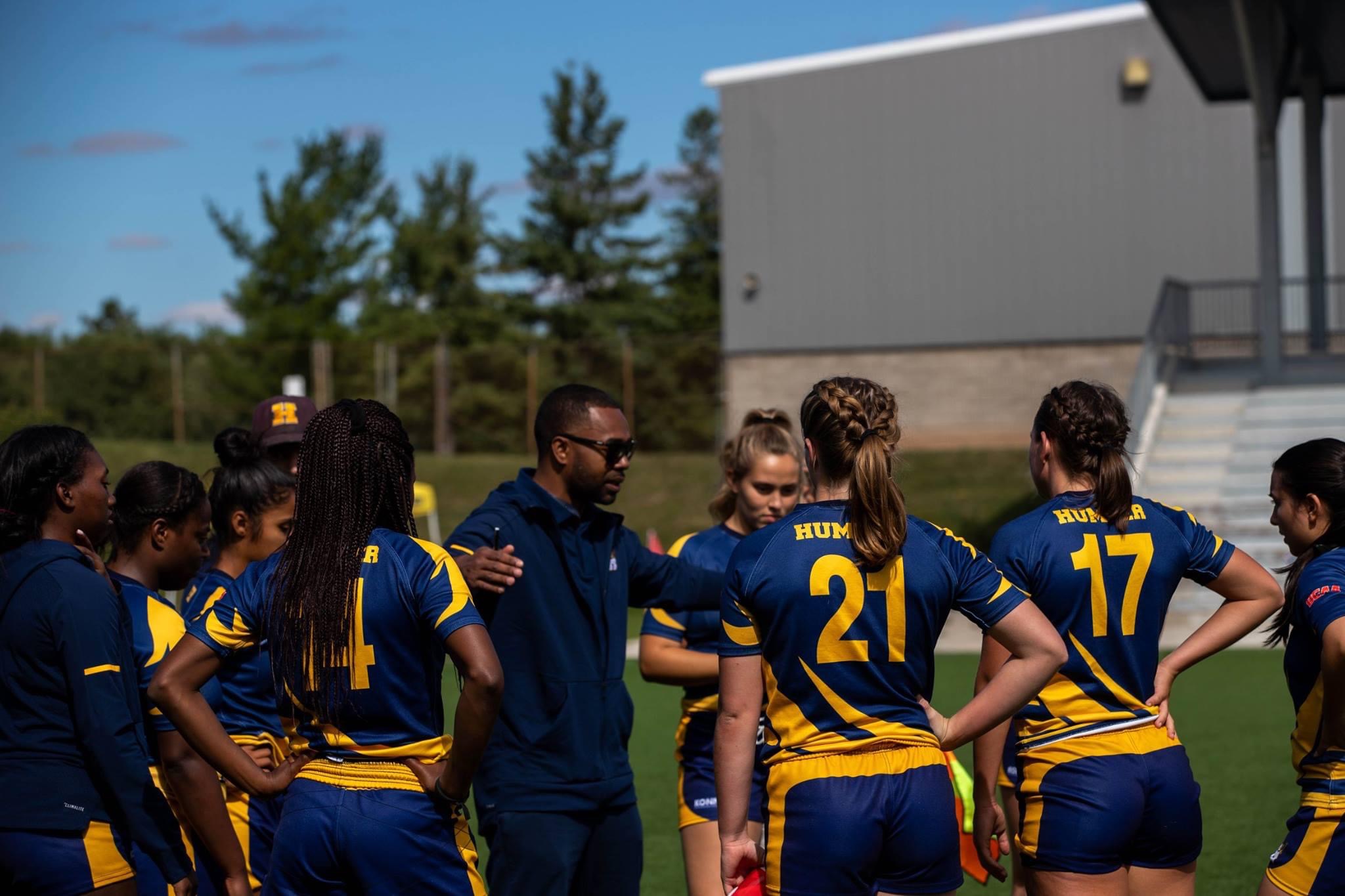 5. What does Black History Month mean to you?

Black History Month means more than one thing to me. It’s a reminder of how far the culture has come and how it transcends across so many platforms. It’s a time to celebrate the achievements of so many amazing individuals that have paved the way for young black men and women to what they dream of.

6. What affect has being a person of colour had on your experience in rugby?

I will be honest and say that being a person of colour while playing and coaching the sport of rugby has been a great experience for me personally. I can say over the almost 20 years I have been involved with the sport I haven’t had any racially charged encounters on the field directly. I have heard rumblings from spectators but on the field, the men I have played with and against have always been welcoming and respectful. That is one of the great things about this sport, It is very inclusive and accepts everyone, regardless of your background. I’m sure other persons of colour have had different experiences, but I can only speak for my experiences and they have been positive within the rugby community. 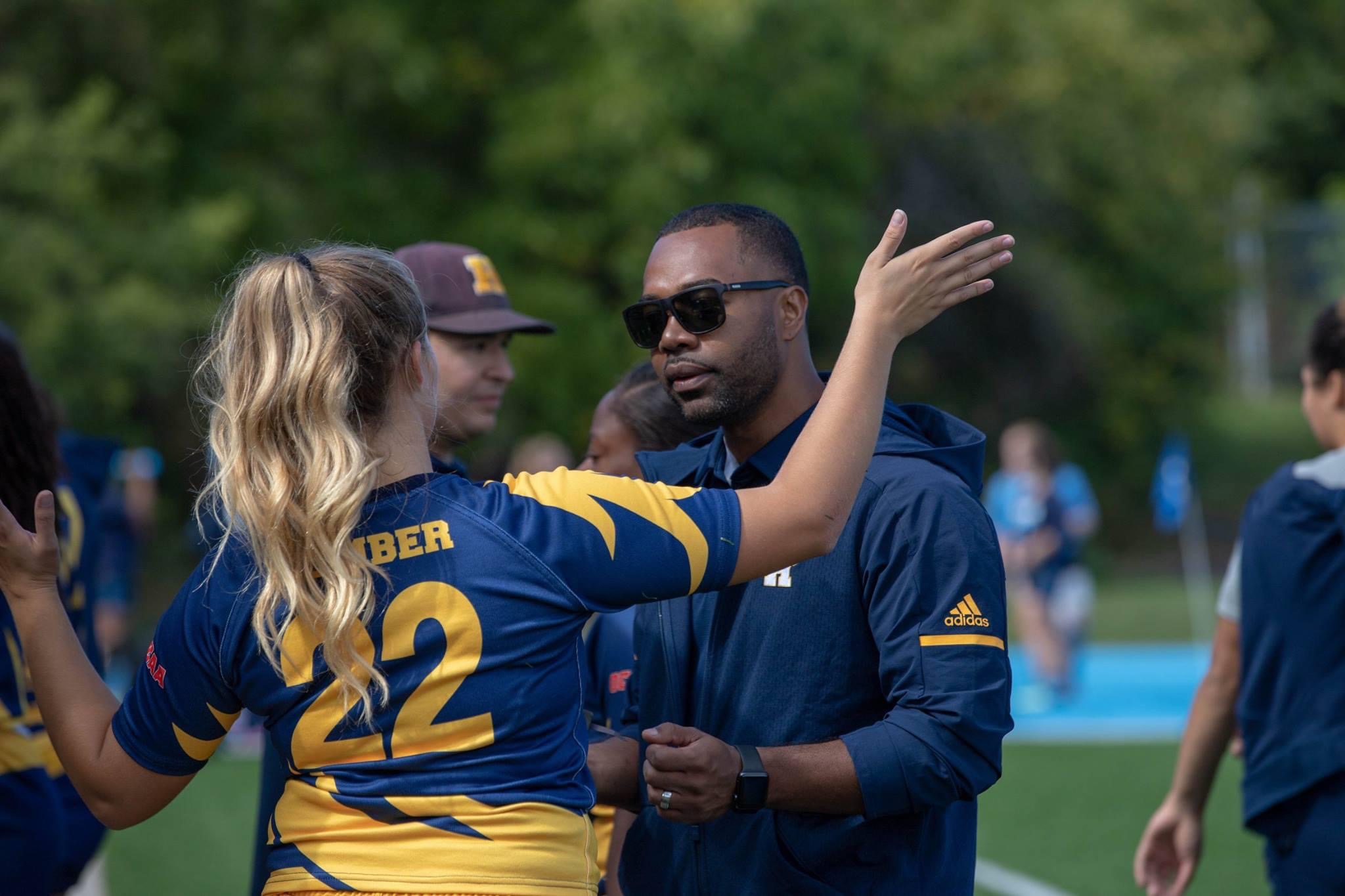 7. Why might Black History Month hold special importance/meaning in the rugby community?

I believe Black History Month should hold a special importance and meaning in all communities and sports. Because the rugby community is very inclusive, it can serve as an outlet to show other sports that may not be as inclusive, that inclusively is where champions are made. The camaraderie world wide is what makes this sport so special. There are so many people and nations  of colour that play this sport and I feel black history month holds a special meaning because it celebrates and recognizes the contributions they have given to the sport and also what the sport has brought to their lives.