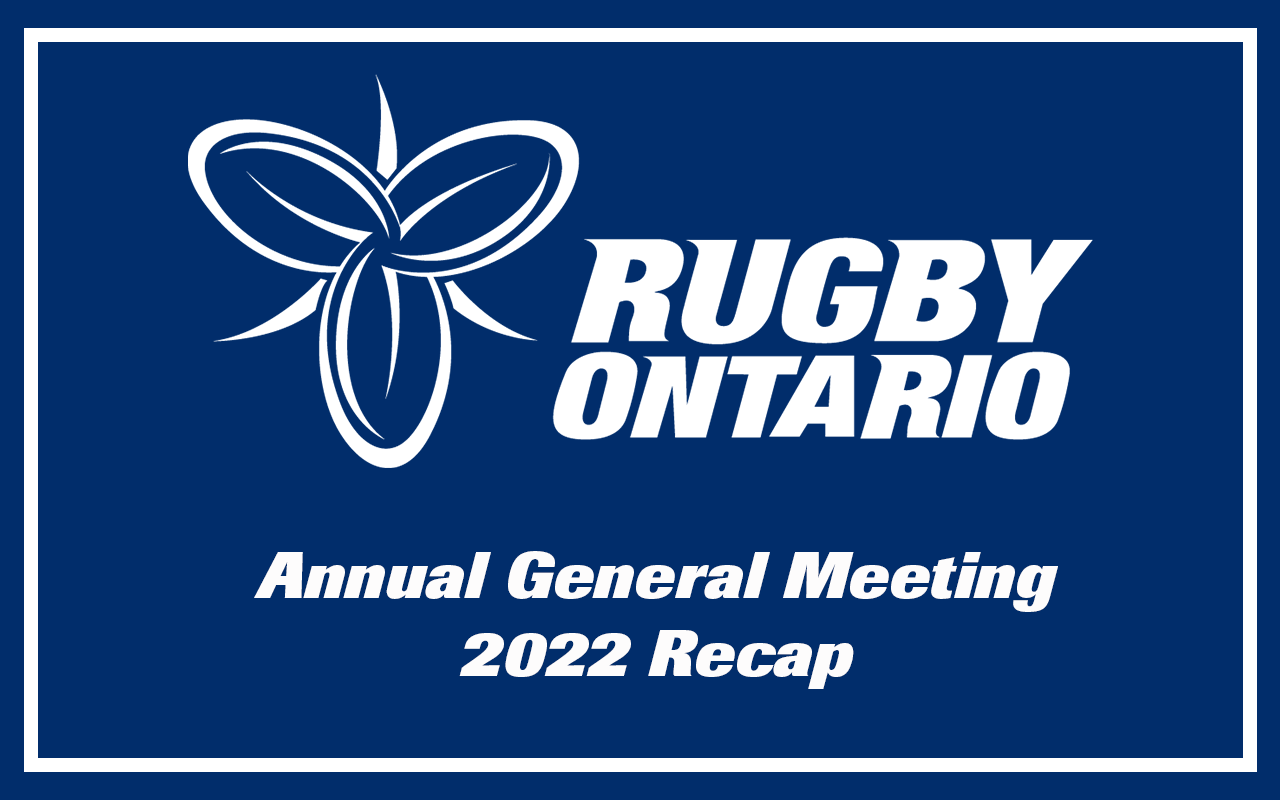 (WHITBY, ON) - The 2022 Rugby Ontario Annual General Meeting took place on Sunday, June 19th, 2022. The meeting was once again held virtually. Representatives from Rugby Ontario Clubs and Branches were in attendance to review and approve annual reports and to elect members of the community to serve on the Board of Directors. Five Director positions were open for election, including a new Branch Council Director position that was approved the membership earlier this year. Rugby Ontario would like to congratulate and welcome Marius Felix, Barbara Gillie, Tim Matthews and Shelley Ince (Branch Council Director) to the Board of Directors. Chairman Brian Crothers was also re-elected.

Rugby Ontario would like to thank Carolynna Gabriel and Kelly McGuinness for their service during their time on the Board of Directors.  Carolynna (appointed in 2021) and Kelly (elected in 2020) joined Rugby Ontario’s Board during difficult times through the pandemic; however, both stepped right in and offered support and guidance for our organization and sport community.

Rugby Ontario would also like to acknowledge and celebrate our clubs celebrating milestone anniversaries in 2022. Our Club Anniversary Spotlight series will begin later this month and profile each club throughout the summer. Congratulations to the following clubs:

For the Annual General Meeting booklet and other relevant documents related to General Meetings, go to https://www.rugbyontario.com/content_page/10018062/.