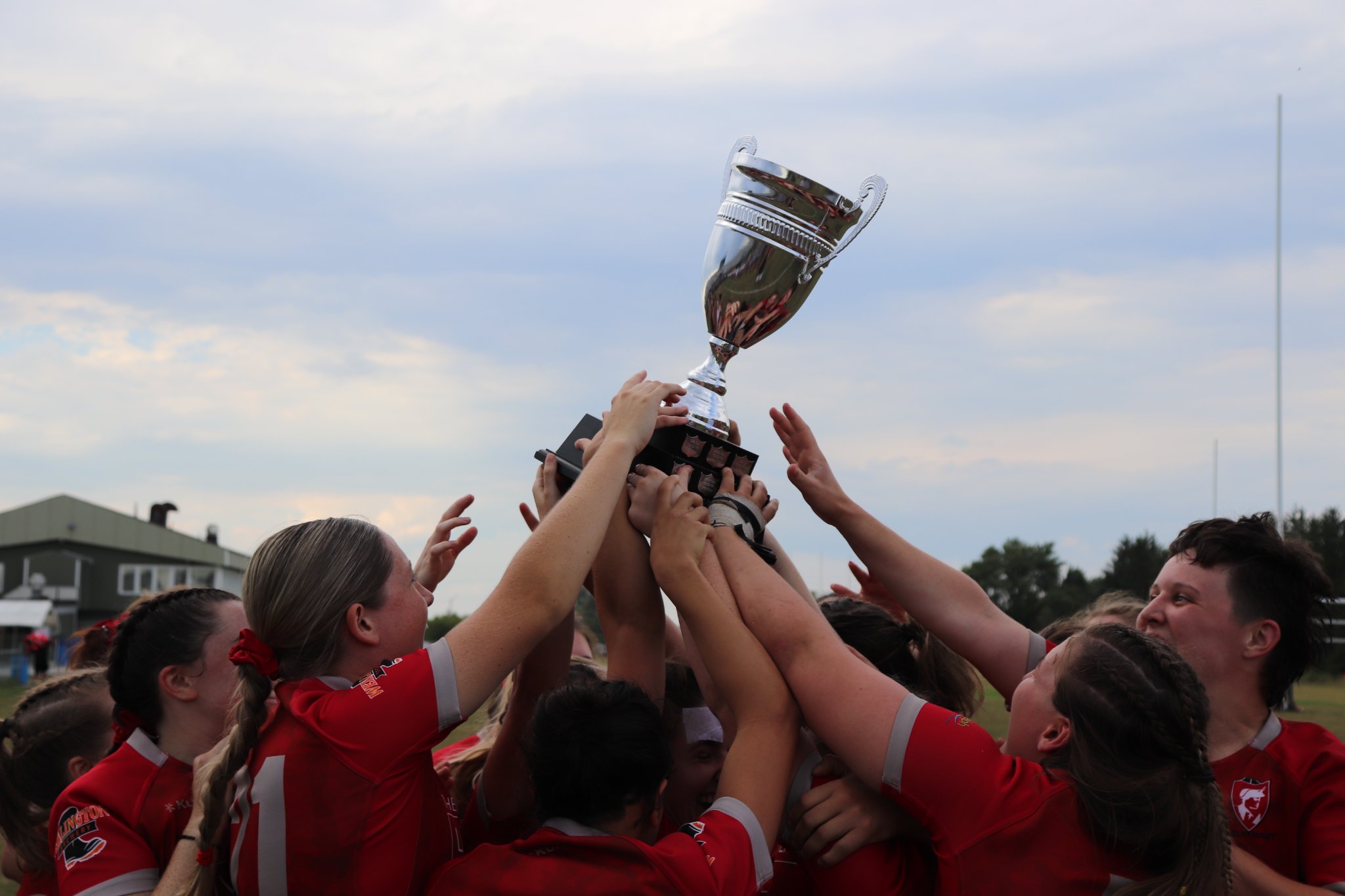 (WHITBY, ON) -  The Guelph Redcoats are once again OWL Cup Champions! The Redcoats defeated the Toronto Nomads 32-12 to win the 2022 title. It is the second consecutive victory for the Redcoats, who won the championship back in 2019. This victory completed a perfect 12-0-0 season for the team.

The teams traded early tries in the first half and were tied 7-7 entering the 29th minute. The Redcoats then began to take control, striking together some great sequences of ball movement and line breaks. They scored four tries in the next 11 minutes to head to halftime with a 31-7 lead.

The Nomads came out firing to begin the second half and controlled the play in the opening minutes. Their burst resulted in a nice piece of ball movement, giving them their second try of the game less than five minutes into the second half and cutting the Redcoats lead to 13. From there, the Nomads has a few more chances but were unable to capitalize. In the end the Redcoats held off the Nomads challenge and earned a 31-12 win and a second consecutive OWL Cup title. Rugby Ontario would like to congratulate the Redcoats on their OWL Cup victory. We would also like to congratulate the Nomads on a fantastic season and well played final match.

In the TRU, The Scarborough RFC Aces finished the season with a perfect 7-00 record, including a TRU Cup Final 38 -12 win over the Toronto Lions & Scottish RFC. This was the clubs first season competing in the TRU Women’s League and they have already earned promotion to the OWL. Congratulations to the Aces on undefeated season. We look forward to seeing you compete in the OWL in 2023!

In the NRU, the Niagara Rugby Club Wasps finished on top of the table, posting a 9-0-1 record and earning promotion to the OWL for the 2023 season. The club returns to the top level of Senior Women’s Rugby having played in the OWL in 2019. Congratulations to Niagara Rugby Club on a great season and a well-earned OWL spot!

The Women’s Intermediate Cup featured representatives from the Niagara Rugby Union and the Toronto Rugby Union divisions. The winner of the match won promotion to the OWL for the 2023 along with league winners - Scarborough RFC and the Niagara Wasps. The match featured the NRU representative London St. George’s taking on the TRU representatives the Peterborough Pagans. The Pagans defeated London St. George's RFC 32-7 and earned an OWL spot for the 2023 season Congratulations to both teams on a hard-fought final.