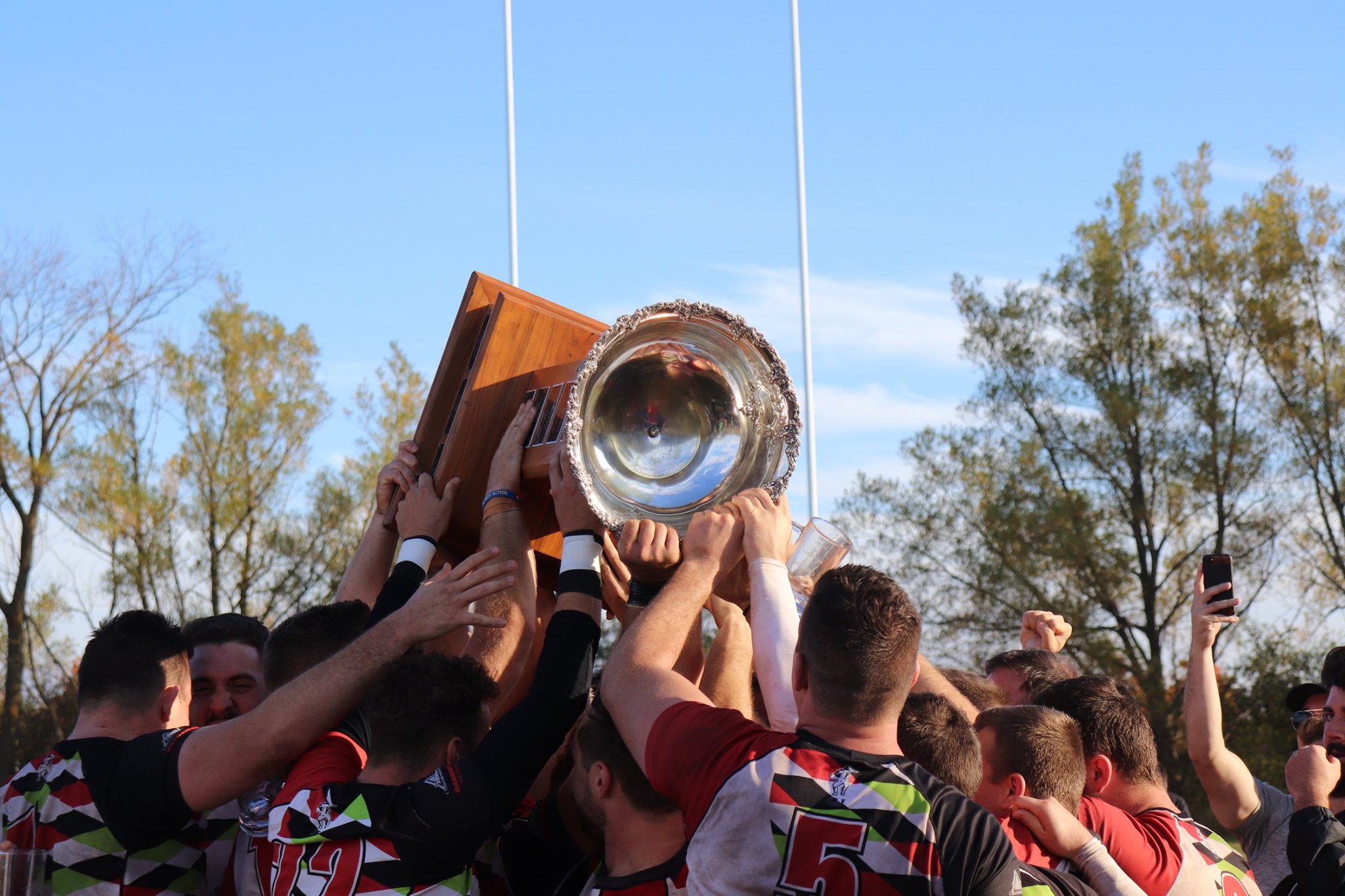 Fall rugby is back! After a two-year absence, the long-standing tradition in Ontario rugby has returned. The McCormick Cup, the Fall Cup and the Gee Gage Cup competitions all kick-off on Saturday, September 10th. It will be the first time the three trophies will be handed out since 2019.

“After completing our first senior men’s summer season since 2019, it is great to roll right into the fall season and keep the momentum going. All 3 Cups should be closely contested, and October 1st at Fletcher’s Fields will be a great culmination event, as all 3 cup finals take place on the day!” said Mark Kellington, Manager, Competition & Events.

The Marshall 1XV and 2XV leagues both returned in 2022. The 2022 Marshall League consisted of 16 clubs, fielding both a 1XV and 2XV, divided into two conferences. Within each conference, the teams have been placed into four regional divisions of four.

The McCormick Cup is the title championship for the top Senior Men’s First Teams, along with the annual Eastern Ontario Rugby Union (EORU) Champion. Participants and seeding are decided based on final standings from the Marshall regular season and playoffs.

To view the full McCormick Cup schedule, click here. Below is a preview of the first-round matchups.

The Scottish will take on the Eastern Ontario Rugby Union Champions, the Kingston Panthers. The Panthers posted a record of 8-1-1 during the EORU D1 regular season, finishing top of the table. In the EORU Cup Final, Kingston defeated the second-seeded Ottawa Irish 29-17 to earn a spot in the McCormick Cup.

Balmy Beach enter the McCormick Cup as the second seeded team in the competition. The Beach finished top of league and top of the East division with a record of 9-0-1 accumulating 45 points. After beating the Burlington Centaurs in the semi-final round, Balmy Beach were defeated by the Toronto Scottish in the Marshall League Final.

Waterloo County will get another shot at their division rivals in round 1. Waterloo finished in second in the Marshall West Division with a record of 5-0-5. The teams have played each other twice this season, with Brantford winning both matchups. The last game was played on July 23rd with the Harlequins winning 40-20.

The Burlington Centaurs finished in first place in the Marshall South division with a record of 8-0-2. In the Marshall League Semi-Final round, the Centaurs almost came away with an upset win over top-seeded Balmy Beach, losing 39-38.

The Fall Cup is a competition introduced by Rugby Ontario in consultation with the 16 Marshall Clubs in 2019. The competition will feature Senior Men’s First Teams that finished outside of the top half in the Marshall 1st League Standings. Participants and seeding are decided based on final standings from the Marshall regular season and playoffs.

To view the full Fall Cup schedule, click here. Below is a preview of the first-round matchups.

The top seed in the 2022 Fall Cup competitions is the Crusaders Rugby Club. In the seven-team competition, the Crusaders were awarded a BYE into the Semi-Final round as the top seed. They will play the winner of the 4 v. 5 seed match up. The Crusaders finished the Marshall Regular season with a record of 6-0-4, placing second in the South division.

The Ajax Wanderers finished fourth in the East division with a record of 2-0-8. Ajax has played Peterborough twice this season, losing both matchups. The last game between the two East rivals was played on June 25th when the Pagans defeated the Wanderers 36-21.

The Markham Irish finished fourth in the North Division with 11 points, posting a record of 1-2-7 over the ten-game regular season. The Irish won both their matches in the Marshall League playoffs to earn the sixth seed in the Fall Cup tournament.

The 4 v. 5 matchup features a rematch from the Marshall League playoffs. The Toronto Nomads finished third in the Marshall South Division 3-0-7 during the regular season. The Nomads matched up against Barrie RFC their last time out, defeating Barrie 29-26.

Barrie will look to get even with the Nomads after their loss in the Marshall League Playoffs. Barrie finished the regular season 0-2-8, racking up 14 points to finish in third in the division.