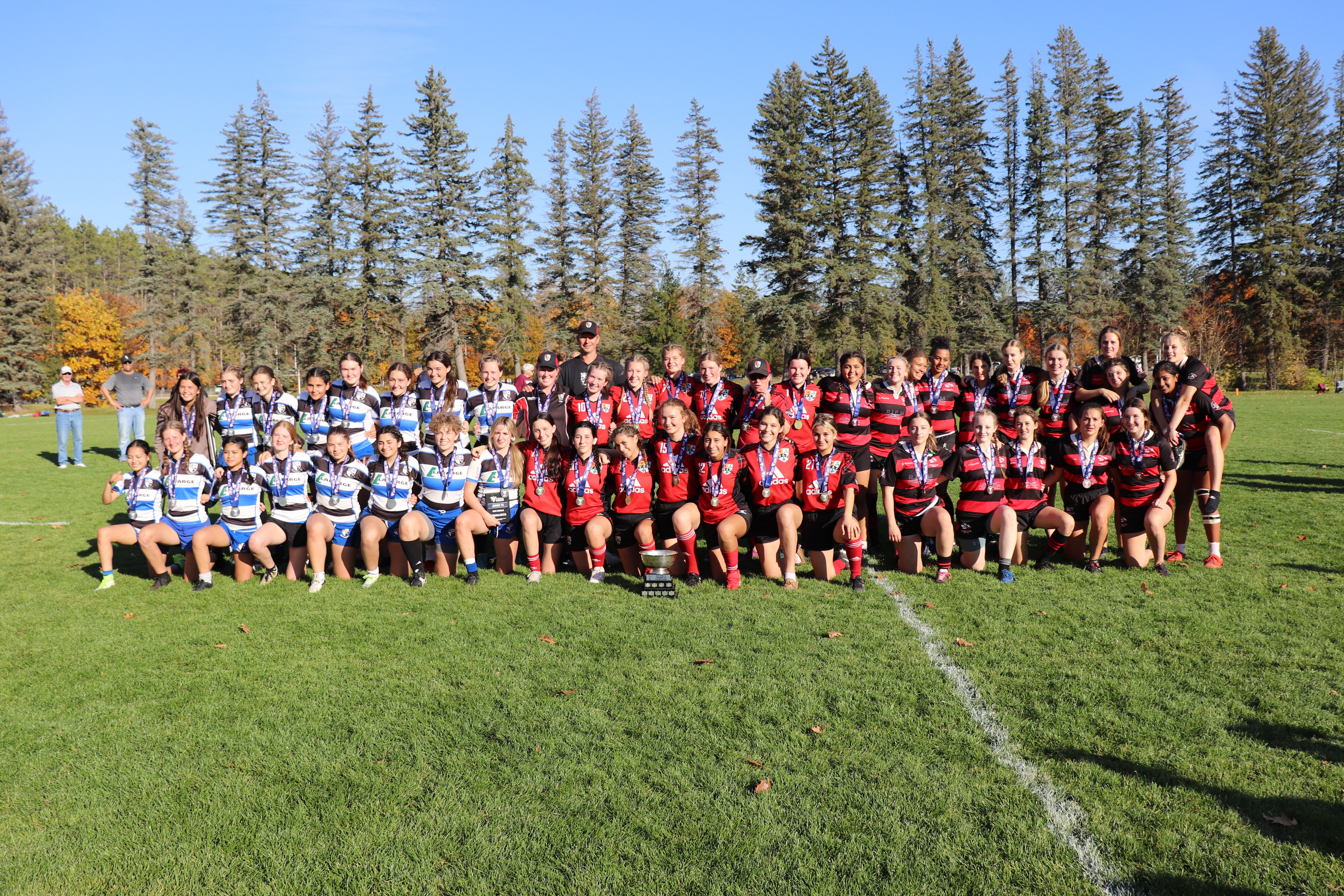 (WHITBY, ON) - On October 22nd & October 23rd, Rugby Ontario held the Boys and Girls Junior Club 7s Championships at Barrie Sports Complex. The event featured 51 teams from 25  different clubs.  The Girls event was held on Saturday, October 22nd and the Boys event was held on Sunday, October 23rd. The tournament was made up of U16 & U18 teams competing for the Junior Club 7s titles. Both days, U14 sides played matches to conclude their fall seasons. It was the first time the event has been held since 2019 due to the COVID-19 pandemic.

”We had two beautiful days of rugby at the fantastic facility that is the Barrie Community Sports Complex. It was a great way to cap off the 2022 7s season" said Mark Kellington, Rugby Ontario's Manager, Competitions & Events. "A big thank you goes out to all the referees, players, coaches, staff and spectators who came out over the weekend!”

The U16 & U18 Girls tournaments had 16 teams competing: 12 in the U16 division and four in the U18 division. In the U16 division, the North Halton Highlanders took home the Gold Medal, defeating the Aurora Barbarians in the Cup Final. In the U18 division, the “Ottawa Blirish” (a mix of players from the Bytown Blues & Ottawa Irish) defeated the Oshawa Vikings to win the U18 Girls Championships.

In the boys competitions, the Barrhaven Scottish emerged victorious in the U16 division. The Scottish topped Balmy Beach in the final to win the Gold Medal. In the U18 division, it was Toronto City who came out on top. Toronto City beat Niagara Rugby Club in the final to win the U18 title. In the Bronze Medal match Burlington Centaurs scored a try at the death to defeat the Bytown Blues.

Rugby Ontario would like to thank all the players, coaches and parents for making the Junior Club 7s a fantastic event. We would also like to thank all our match officials for their time. These events are not possible without your commitment and dedication to rugby, thank you! Below are the final standings for all four of the divisions.